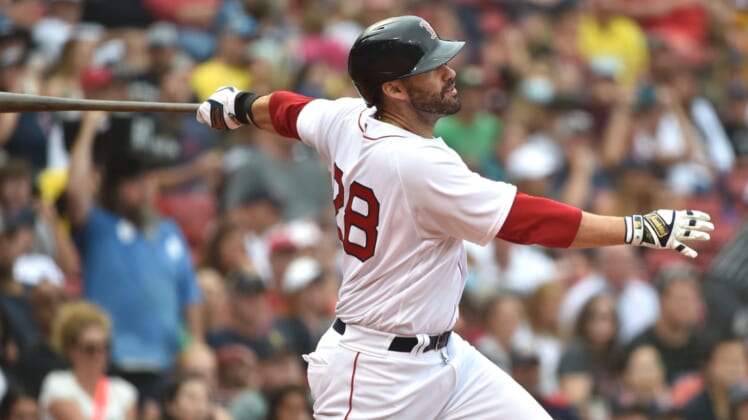 The division rivals will open the best-of-five ALDS on Thursday night in St. Petersburg, Fla.

Martinez was left off the roster for Tuesday night’s wild-card win over the New York Yankees because of a sprained left ankle.

Martinez sustained the injury in the fifth inning of Sunday’s regular-season finale against the Washington Nationals when he tripped over second base while jogging out to right field.

The veteran outfielder and designated hitter is a four-time All-Star and has a .290 career batting average with 266 homers and 837 RBIs since making his major league debut with the Houston Astros in 2011.