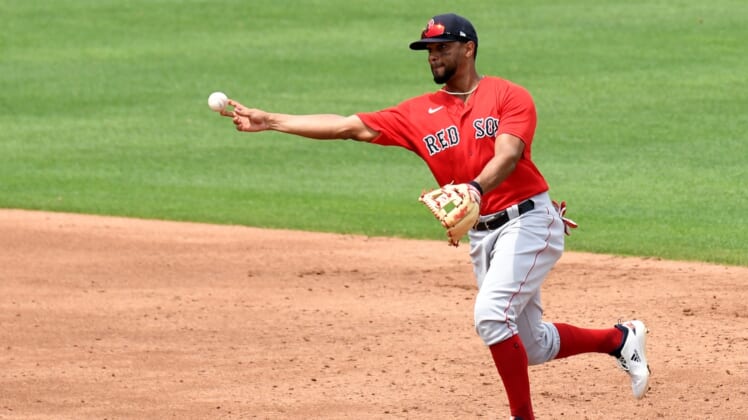 The world is a different place since Alex Cora last managed a regular-season game for the Boston Red Sox. And yet the franchise will be looking for more change as it kicks off its 2021 campaign by hosting the Baltimore Orioles on Friday afternoon.

The opener, scheduled for Thursday, was pushed back a day because of rain in Boston.

Cora, brought back over the offseason after being dismissed and subsequently suspended last year for his role in the Houston Astros’ sign-stealing scandal, retakes control of a Red Sox team that finished in the cellar of the American League East at 24-36 last season. Improvement isn’t a stretch, but returning the club to its status as an expected winner could be a tall task for the 45-year-old skipper in his second stint.

“Definitely we’ll be better than last year,” Cora said. “No doubt about it. I feel good about the team. We know where we’re playing. We know the division. But we’ve done a pretty good job of working and getting better. The work doesn’t stop now.”

The team already experienced its first setback after left-hander Eduardo Rodriguez was scratched as the Opening Day starter due to dead arm. Rodriguez, who missed all of last season following complications from a bout with COVID-19, isn’t expected to be out long. Right-hander Nathan Eovaldi (4-2, 3.72 ERA in 2020) gets the nod in his place, with the Orioles countering with left-hander John Means (2-4, 4.53), who will make his first Opening Day start.

Pitching will be the point of focus for the Red Sox this season. Ace left-hander Chris Sale is expected back midseason as he continues recovery from Tommy John surgery, and right-hander Garrett Richards, an offseason addition, could be a boon for the rotation if he stays healthy. Gone for Boston are outfielders Andrew Benintendi and Jackie Bradley Jr., replaced by Franchy Cordero, Hunter Renfroe and versatile bench options Enrique Hernandez and Marwin Gonzalez.

For the Orioles, the story is largely the same: develop young talent. Baltimore narrowly finished ahead of Boston in the AL East standings last season at 25-35 but still has a ways to go before it’s considered a threat in the division. Young standouts Anthony Santander and Ryan Mountcastle will be looked to develop into middle-of-the-order bats, and the team will receive a boost in the form of 2019 team MVP Trey Mancini’s return from Stage 3 colon cancer.

Still, pitching in general figures to be an area where the Orioles will seek greater stability.

“Depth is going to be vital this year,” third-year manager Brandon Hyde said. “Because of last year and the lack of innings thrown, I don’t think any of us have any idea of what this year is going to look like from the pitching side.”

The Red Sox and Orioles are scheduled to play three games to begin the season. Approximately 4,500 fans (12 percent) will be allowed in attendance in accordance with Massachusetts’ COVID-19 protocols. No fans were allowed at Fenway Park in 2020.