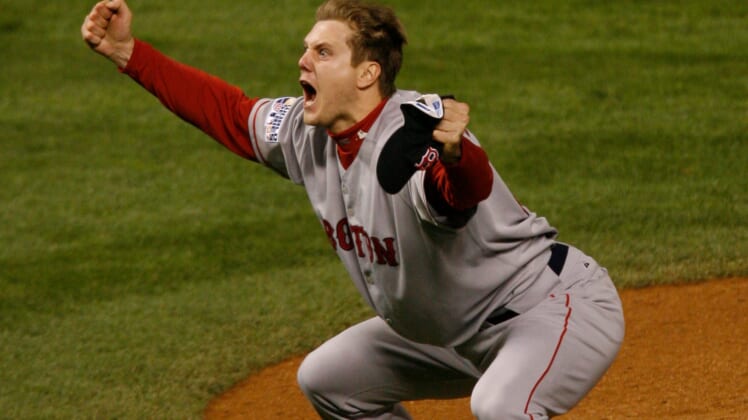 Boston Red Sox great Jonathan Papelbon recently revealed his battle with pain killers during his playing days, and that he got resistance from new Hall-of-Famer David Ortiz to use cannabis. A product the baseball great is now oddly selling in his new business venture.

Papelbon is probably the best relief pitcher and closer in Red Sox history. During his seven years with the organization, he helped them to break the curse and win their first World Series in 86 years and earned All-Star honors four straight years in Boston. Not to mention he has by far the most saves in team history. However, success wasn’t easy and the rigors of a long season mentally and physically had an effect on him.

In a Friday appearance on the “Bradfo Sho” podcast, the 41-year-old revealed being prescribed pain killers by team doctors, and how he would end up going through withdrawals in the offseason once he stopped using them. It was an issue he says never happened when he would eventually switched to cannabis products to deal with pain and stress relief.

Papelbon eventually discovered that using cannabis products was a far more natural way to deal with in-season pain/stress, and it had none of the drawbacks of pain pills. It was a lesson he tried to impart to his then teammate, and new Hall-of-Famer, David Ortiz. However, the Red Sox icon wanted nothing to do with it back then. 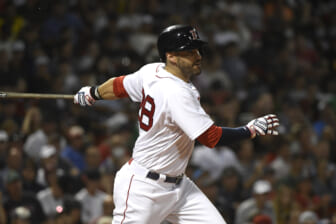 Ironically enough, while the legendary slugger had no interest in cannabis back then, in June he announced a venture into the fast-growing industry called “Papi Cannabis.” Where the Dominican baseball god is now peddling the kinds of products he had no curiosity in trying during his playing days.