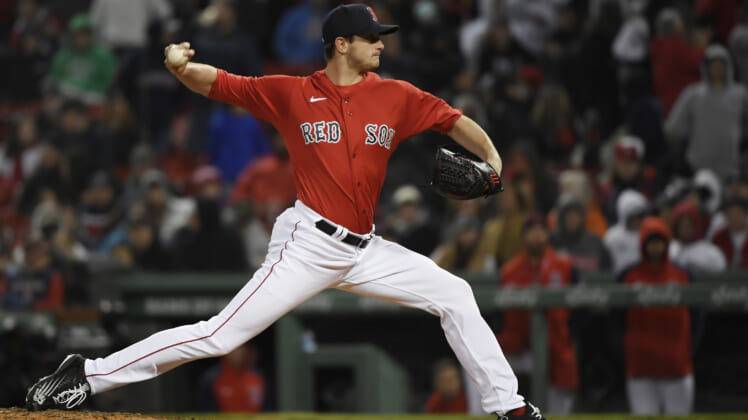 The Boston Red Sox recognized in the 2020 MLB Rule 5 Draft that the organization needed more pitching depth. When the opportunity arose to steal Garrett Whitlock from the rival New York Yankees, Boston seized on the moment.

New York snagged Whitlock in the 18th round of the 2018 MLB Amateur Draft, hoping the young righty could be molded into an important piece for their pitching staff. He immediately showed promise, compiling a 1.86 ERA with a 122/41 K/BB ratio and a .211 batting average allowed across 120.2 innings from Low-A to Double-A.

Whitlock entered the 2019 season as the No. 16 prospect in the Yankees’ farm system, per MLB Pipeline. It was the organization’s hope that the 6-foot-5 right’s pitch combo (fastball, slider, changeup) would make further strides. He showed promise in 70.1 innings with a 3.07 ERA across 14 starts, but persistent elbow injuries resulted in him undergoing Tommy John surgery.

I tell people that Tommy John saved my life. From a faith standpoint, I was just in a bad place mentally. Having Tommy John, it gave me the opportunity to really focus on my faith and focus on my walk with God. So from that aspect, I’m really appreciative of Tommy John.”

The Yankees faced a difficult decision that offseason, either needing to put Whitlock on their 40-man roster or risk losing him to the Rule 5 Draft. They believed TJS would push teams away from Whitlock, not wanting to use a roster spot on a player recovering from an elbow surgery that has derailed promising arms.

New York’s decision gifted the Red Sox with one of their best pitchers.

Boston selected Whitlock with the 4th pick in the Major League phase of the Rule 5 draft. He made his MLB debut on April 4, 2021 against the Baltimore Orioles, striking out five batters with only three hits allowed across 3.1 innings.

It proved to be the start of a phenomenal rookie season. Whitlock threw 13.1 shutout innings with an 18-2 K-BB ratio before allowing his first earned run. He encountered some struggles in May, posting a 4.09 ERA with a .318 batting average allowed and his strikeout rate dipped to 14.6%.

In a game that is all about adjustments, the 24-year-old responded even better than the Red Sox hoped for from the rookie. Across his final 49 innings in the regular season, Whitlock recorded a 2.02 ERA with a 27.7% strikeout rate and held opponents to a .234 batting average. Just as impressive, get generated a 13.3% swinging-strike rate.

Boston knew it had something special, but there was an opportunity for even more. More than two years removed from TJS, Whitlock had a shot at joining the rotation. Ultimately, manager Alex Cora opted to use the righty out of the pen both in save situations and to eat multiple innings.

Now, Whitlock is finally getting his shot as a starter in the Red Sox rotation.

Why Garrett Whitlock can succeed in Boston Red Sox rotation

This is the moment fans have waited months to witness. Whitlock is making his first MLB start, drawing a matchup against the Tampa Bay Rays. 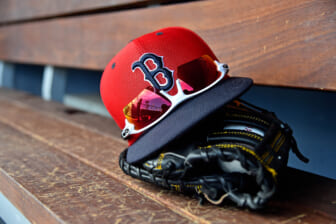 It’s certainly a big ask for the 25-year-old. He’s facing one of the best teams in the American League and a lineup that entered Saturday ranked 9th in OPS. Keep in mind that many of the Rays’ hitters are underperforming to this point. A year ago, this team scored the second-most runs in baseball (875).

Despite that, there’s a reason for Boston to feel very confident about Whitlock in his first start. He’s pitching even better than we saw in 2021.

Across 9.1 innings, Whitlock is among the best relievers in baseball. He’s worked up to a 16.8% swinging-strike rate, per FanGraphs and his 66.7% contact rate allowed is one of the lowest among relief pitchers with seven-plus innings.

One thing that separates him from his peers, Whitlock is regularly covering multiple innings. He’s faced the entire batting order twice and recorded 12 outs on April 12 against the Detroit Tigers, sending down 12-of-13 batters faced with no hits allowed.

Obviously, the Red Sox aren’t expecting Whitlock to stay on the mound for five-plus innings tonight. This is his first opportunity to prove he can be a starting pitcher and Boston will ease him slowly into the role. Based one everything we’ve seen from Whitlock in the past year, there’s no reason to believe he can’t stick as a starter.

For a team that desperately needs more stability and rotation depth, Whitlock could be exactly what the Red Sox have sought.