Boston Red Sox manager looks to dampen Brayan Bello comparisons to Pedro Martinez: ‘I just want him to be himself’ 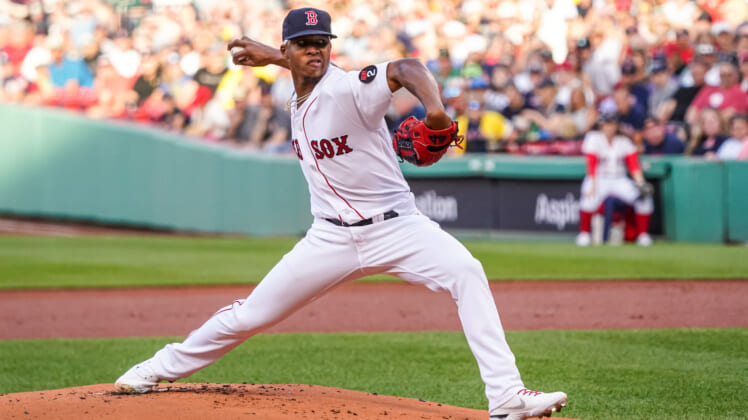 There is a serious amount of hype surrounding Boston Red Sox pitching prospect Brayan Bello, and he has even been compared to former Red Sox star Pedro Martinez. However, the team’s manager Alex Cora doesn’t want to see the 23-year-old be the next Martinez, he just wants the youngster to be himself.

The comparisons between the Red Sox prospect and the man that went to four All-Star games while pitching for Boston are understandable. Both men are from the Dominican Republic. They have a similar build with both weighing 170 pounds and are similar heights — Martinez is 5-foot-11 and Bello is 6-foot-1. They also have electric stuff when it comes to their pitching arsenals.

Bello made his big league debut on Wednesday against the Tampa Bay Rays and produced mixed results. He gave up four runs over four innings, with two strikeouts and three walks. Oddly enough, Red Sox manager Alex Cora mentioned the possibility of a rough first start during an appearance on the “Merloni, Fauria & Mego” podcast before the game. That is why he just wants Bello to be himself while he makes his way through the big leagues, and not try to meet the standard of the legendary Pedro Martinez.

Boston Red Sox manager on prospect Brayan Bello: ‘We know what he represents to this organization’

“Like I said yesterday, let’s have fun today,” Cora said on Wednesday. “Regardless of the results, he’s a big leaguer as soon as he gets there. We’ve seen it the last two years, sometimes these kids come up and they struggle in the first one, and then after that, they do their job. But I understand all the hype and comparisons [to Martinez], I just want him to be himself — go out there and keep handling the strike zone with good stuff.”

While Bello had a difficult first outing in the big leagues, Cora understands the high hopes the team has for Bello and he feels confident about his potential based on the work ethic he has shown so far during his minor league career.

“We know what he represents to this organization now, and what he means for the future,” Cora said. “Right now he’s pitching in this spot because of what has happened, but he’s still a big part of what we’re trying to accomplish. He’s been amazing the whole season.

“I always joke around in the off-season that the only way you can see what guys are doing is through Instagram or Twitter,” he continued. “And his account during the offseason was amazing. You can see that he was on a mission, just like everybody else, but he was more public about it. This kid is going to be a big part of what we’re trying to do this year and the upcoming years.” 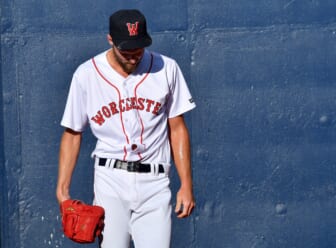 The Red Sox fell by a score of 7-1 yesterday to the Rays. Dropping them to 45-37 and into a second-place tie with Tampa Bay.