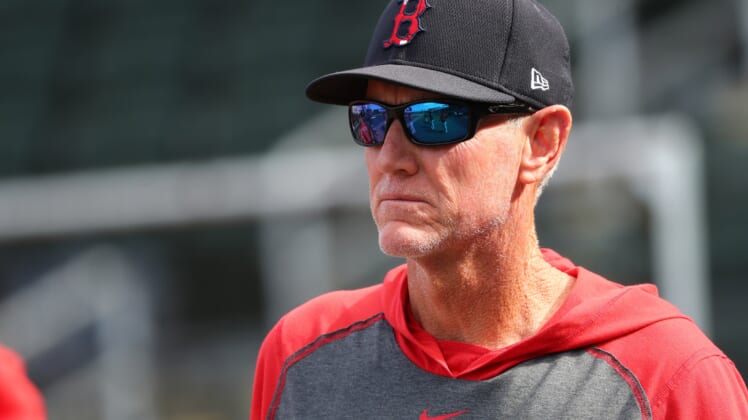 The Boston Red Sox are moving on from manager Ron Roenicke, parting ways with their interim skipper after just one season at the helm.

Roenicke, who the Red Sox promoted to manager before the season, oversaw a club that entered Sunday with the third-worst record in MLB (23-36). Boston will begin an immediate search to find its next manager.

Coming into the year, the Red Sox were hoping to contend with Alex Cora at the helm. However, he was later fired for his role in the infamous Houston Astros’ cheating scandal. Following his termination, the Red Sox conducted a brief managerial search before ultimately giving Roenicke the job.

Unfortunately for the veteran skipper, the Red Sox lost several key players to injuries and trades. After dealing Mookie Betts to the Los Angeles Dodgers, Boston lost Chris Sale to Tommy John surgery and Eduardo Rodriguez missed the season due to COVID-19 complications.

The Red Sox were never in contention, even in a season when MLB expanded its postseason field to 16 teams. With the organization going in a new direction, Roenicke’s days were numbered.

With the managerial search beginning immediately, Boston will have a slight edge over other teams who still haven’t fired their managers. Red Sox Chief Baseball Officer Chaim Bloom will certainly consider candidates already inside the organization, but might prefer to bring in his own hire.