Boston Red Sox: 3 reasons to be worried about slow start 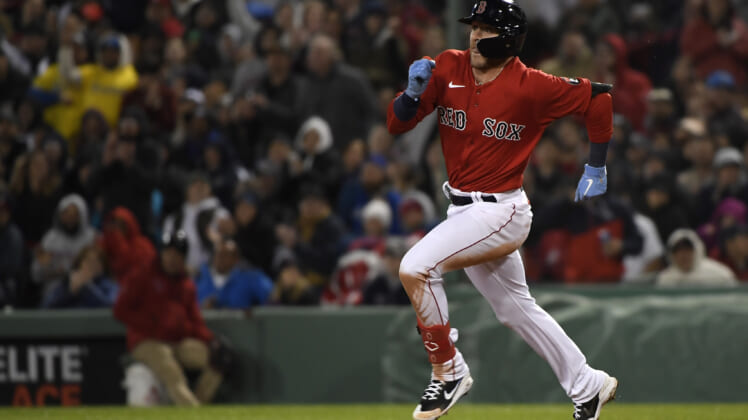 The Boston Red Sox are off to an anemic start. Coming off an appearance in the American League Championship Series, Boston is 10-19, good for last place in the AL East and 27th in the sport.

Of course, the Red Sox’ alarming start doesn’t end their season. There’s an extra playoff spot in each league and the 2022 MLB season is a mere month old. At the same time, the layers to Boston’s struggles warrant being legitimately concerned about their current standing.

Here are three reasons to be worried about the Red Sox.

The Red Sox are going on year four of their starting rotation being a precarious unit. One could argue it has never been more shaky than it is in the present.

Statistically speaking, Boston’s starting five is off to a plausible start. The problem is the specific ways they are finding success won’t last. Michael Wacha has been their best starter thus far but was recently placed on the injured list due to an intercostal irritation. Chris Sale recently suffered a setback in his recovery. Rich Hill is 42 and has dealt with a handful of injuries in recent memory.

Nathan Eovaldi is off to an encouraging start, but he has been inconsistent for the better part of his MLB career. Yes, Eovaldi has made pivotal postseason outings for the Red Sox time and time again. His regular season performance has been up and down, though. Tanner Houck, the best thing Boston had going for itself on the pitching front in spring training, has struggled mightily. Nick Pivetta has struggled to start the engine, as well.

Given the combination of injuries and individual struggles, Garrett Whitlock has been inserted into the rotation and held his own in primarily four-to-five-inning outings. Can that success last?

Is Eovaldi Boston’s ace? Will Wacha pick up where he left matters when he comes off the injured list? How many starts can the Red Sox get out of Hill? When will Sale make his season debut? Can Houck get back on track? There are endless questions with this group.

Boston chose to fill out its rotation with veterans on cheap deals (Wacha, Hill and James Paxton), as opposed to backing up the truck for a top-line starter in his prime (e.g. Kevin Gausman or Robbie Ray). They also chose to sign Story to a six-year, $140 million deal, and he’s off to a nightmare start at the plate.

Now, the Red Sox are off to a collectively underwhelming start as an offense and team. No lone individual is responsible for their early shortcomings. As it concerns the positional depth chart, Alex Verdugo, Bobby Dalbec, Kike Hernandez, Jackie Bradley Jr. and Christian Vazquez are all struggling to hit their weight.

Simultaneously, Boston went out of its way to sign Story, who they didn’t need because of Xander Bogaerts, and he’s not providing the pop they signed up for. Story doesn’t have a single home run and is hitting .194. That’s shocking for a player of his caliber. This is one of the best middle infielders in the sport. He has a compact swing from the right side, swipes bags and is an All-Star in his own right.

Story is coming off a pair of consecutive seasons where he regressed in production and impact. The early returns of 2022 have seen a continuation of that drop-off in production. That’s an ominous sign for the Red Sox given them changing Story’s position for the immediate future and the reported likelihood that Bogaerts leaves in free agency.

Plus, Story hitting up to his billing would lift Boston’s offense.

Last season, four teams in the AL East won 91-plus games. Those teams ran it back with what they had and/or built on their foundation. Three of those teams have winning records. One of them does not. Boston is the team that does not, and they’re well below .500.

The New York Yankees are off to a thundering start. They own the best record in the sport, boast arguably the best pitching staff and are coming through with clutch hits. The Tampa Bay Rays have been their typical selves, that being a well-oiled machine across the board. They have a young, fundamentally sound team with playoff experience. 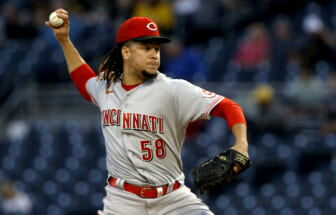 The Toronto Blue Jays have been candidate number one to break through and make the playoffs for three years. They look like a safe bet to do as such this season. Their core remains intact, and their rotation is a sturdy force. Furthermore, the Baltimore Orioles have been competitive this season and are two games ahead of Boston in the AL East.

If there’s one division in MLB where a team can’t have a bad month, it’s the AL East. At its best, there are four teams on each other’s level. Boston got hot in October after tapering off down the stretch in 2021. Would their 2022 start feel as jarring if they lost to the Yankees in the AL Wild Card Game last season?

The Red Sox have plenty of time to right the ship. In the meantime, they have to stabilize themselves. If they don’t, their season will spiral out of control.