Boston, Oakland set for side duel in shadow of NBA Finals 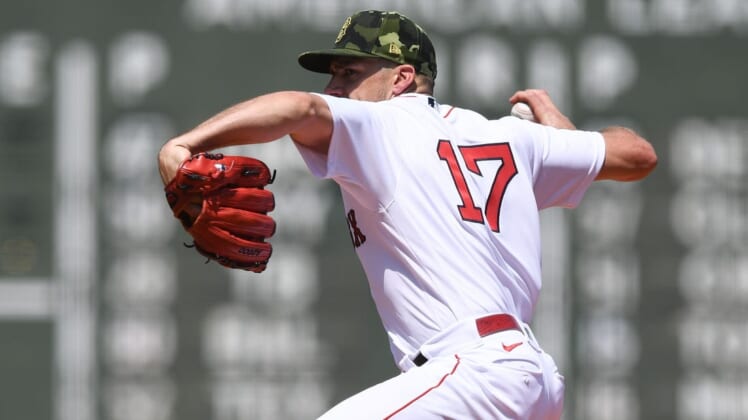 The Red Sox flew into Oakland on the same day as Game 1 of the NBA championship series Thursday and are scheduled to fly out at about the same time as the Boston Celtics and Golden State Warriors meet in a rematch on Sunday night in their best-of-seven clash.

Before they move on to Los Angeles and Seattle to complete a 10-game West Coast swing, the Red Sox hope to take advantage of a loyal Bay Area fan following and a slumping A’s team that has lost six of seven.

Boston’s Nathan Eovaldi (2-2, 3.77 ERA) and Oakland’s James Kaprielian (0-2, 5.93) are the scheduled starters Friday as the Red Sox and A’s meet for the first time since contesting three consecutive nail-biters — two of which went to extra innings — in Oakland last July.

Eovaldi is coming off a complete-game win over the Baltimore Orioles, one in which the right-hander got through the nine innings with just 108 pitches. He allowed seven hits and two earned runs in a 5-3 win.

The complete game was the first of his career in 211 starts and was just the eighth in the majors this season.

Like many pitchers this season, Eovaldi has limited experience against current members of the A’s. One batter he has never faced is catcher/first baseman Christian Bethancourt, who belted his first major league home run since 2016 in Wednesday’s home loss to the Houston Astros.

The blast off Justin Verlander gave the A’s a late 3-1 lead, one the Oakland bullpen saw get away in a 5-4 defeat.

Bethancourt and his teammates took time to celebrate the feat nonetheless.

“It’s about time,” pitcher Cole Irvin joked. “Watching him take BP is a lot of fun. He’s got a lot of power, so it’s about time he got that first one. Hopefully that rolls into a few more and gets him going.”

While not having pitched well enough to earn any of the decisions, Kaprielian has been a bit of a good-luck charm for the A’s. They’ve won his last four starts, even though the 28-year-old has allowed 13 runs and 20 hits over 19 2/3 innings in those games.

The right-hander has pitched well in two career starts against the Red Sox, going 1-1 with a 1.50 ERA. He’s struck out 16 in 12 innings, allowing just two runs.

He had 10 of those strikeouts when the clubs last met on July 4. The Red Sox won that game 1-0.