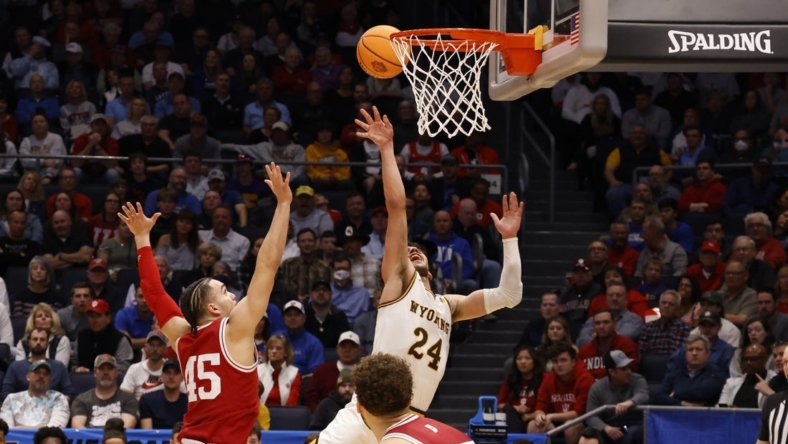 Boston College and Wyoming both look to bounce back and finish the U.S. Virgin Islands Paradise Jam on a high note when they get together Monday in St. Thomas.

The tournament’s third-place game will be just the second-ever meeting between the Eagles (3-2) and Cowboys (3-2), who first met during the Fort Myers Tip-Off in 2018.

Boston College will have the shortest rest after committing a season-high 20 turnovers in Sunday’s 70-54 loss to a Tarleton State team that began its Division I transition just two years ago.

The Eagles have had a see-saw start, going 1-2 since winning their first two games by a combined six points.

“I think there’s going to be some growth as it pertains to the overall season, but sometimes, in order to grow, you have to go through some tough times,” Boston College coach Earl Grant said before the tournament.

CJ Penha Jr. (12 points) and Mason Madsen (10) scored in double figures for the Eagles against Tarleton. The team finished at 43.9 percent shooting after scoring just 19 points in the first half.

Wyoming trailed Drake 34-18 at intermission but put together a 20-6 run to open the second half before falling short, 61-56.

Cowboys coach Jeff Linder hopes his team can learn from Sunday’s opponent. A 6-for-25 shooting performance in the first half just will not cut it, especially against an Atlantic Coast Conference foe.

“That is a good team who will be right in the thick of the NCAA Tournament and will probably win a very good (Missouri Valley Conference),” Linder said. “That is a team that is together, and we need to understand who we are and we found that in the second half.”

Hunter Maldonado followed up a 28-point effort against Howard on Friday with 20 against Drake. Maldonado, who is averaging a team-best 17.6 points per game, made 6 of 9 shots from the floor and added five rebounds as he tied a school record by appearing in his 133rd game.