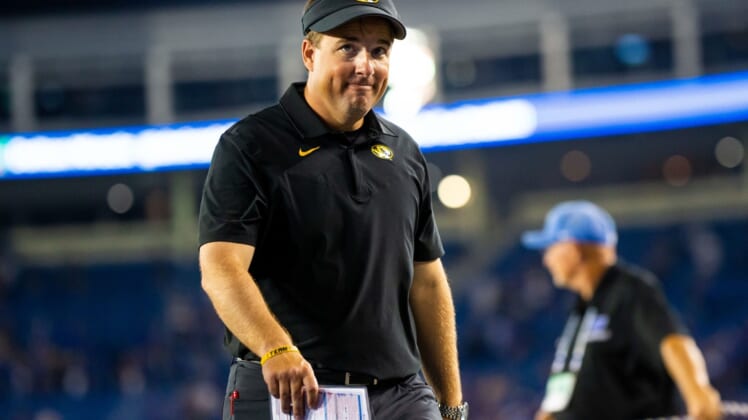 Dennis Grosel threw a 10-yard touchdown pass to Zay Flowers and the Boston College defense held its ground for a 41-34 overtime victory against visiting Missouri on Saturday in Chestnut Hill, Mass.

It was the Eagles’ first victory against a Southeastern Conference opponent since 2001.

On the Tigers’ first play of overtime following the Eagles’ scoring drive, Missouri quarterback Connor Bazelak’s pass was intercepted by BC cornerback Brandon Sebastian in the end zone.

Pat Garwo III rushed for a career-high 175 yards and two touchdowns on 25 carries for Boston College (4-0). Grosel was 18-of-29 passing for 175 yards with two TDs and an interception for the Eagles, who matched their best start since opening 8-0 in 2007.

The Eagles, who play in the Atlantic Coast Conference, last defeated an SEC team on Dec. 28, 2001 with a 20-16 win over Georgia in the Music City Bowl.

Garwo’s 3-yard TD run with 8:20 to play in the third quarter put BC up 24-17. The redshirt sophomore also broke free for a highlight-reel 67-yard score for the Eagles’ first touchdown midway through the first quarter.

BC carried a 27-17 lead into the fourth quarter after possessing the ball for all but 1:18 in the third.

BC drove 60 yards on 15 plays in 5:53 before punching it in on Travis Levy’s 5-yard rush to make it 34-31 with 25 seconds remaining. Missouri drove to the BC 39 yard line before Harrison Mevis made a 56-yard field goal as time expired to force overtime

It was the first-ever meeting between Missouri and Boston College.