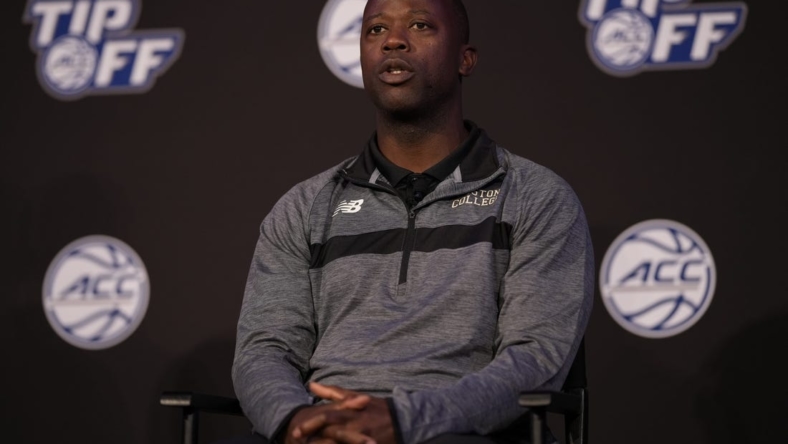 Mason Madsen’s 3-pointer with 15 seconds left highlighted a 7-0 last-minute run for Boston College as the Eagles scored a 70-66 victory over Detroit Mercy on Friday afternoon at Chestnut Hill, Mass.

Madsen scored 18 points to lead four double-digit scorers for the Eagles (2-0), who trailed by as many as eight with 10:34 left.

Makai Ashton-Langford logged all 15 of his points in the second half and had his third assist on BC’s winning bucket. T.J. Bickerstaff finished his second straight double-double with 13 points and 11 rebounds, eight on the offensive end.

The Eagles had closed an eight-point deficit to 62-60 on Jaeden Zackery’s jumper with 8:06 left, but then went scoreless for more than six minutes — turning the ball over five times in that span. Yet, Detroit Mercy also went more than five minutes without scoring, enabling BC to stay within reach.

After Madsen’s clutch triple, an offensive foul turned the ball back to BC, and Ashton-Langford capped the outcome with two free throws.

Neither team led by more than three through the first 10 minutes, but back-to-back 3-pointers by Kelley and Madsen flipped the score in BC’s favor at 16-15.

After trading runs, the Titans went three-plus minutes without a field goal until a go-ahead 3-point play by TJ Moss with 3:47 left in the half.

A Stone 3-pointer pushed the visitors’ lead to four. Matching runs again preceded Stone’s layup made it 34-33 for the Titans before halftime.

Ashton-Langford put up five quick BC points in the first 70 seconds of the second half, but three 3-pointers by Damezi Anderson (11 points) helped Detroit Mercy open a six-point lead.

BC freshman big man Prince Aligbe, who had the winning layup Monday against Cornell, didn’t return after suffering an apparent ankle injury in the first half.