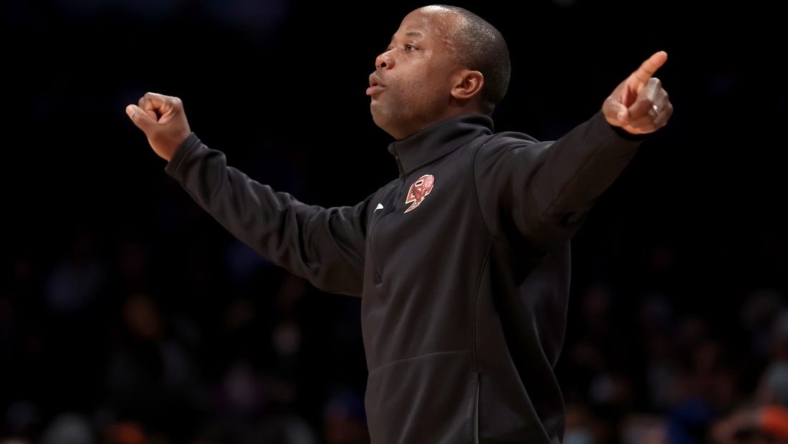 Aligbe scored 12 points on 6-of-9 shooting in the second half to pace the Eagles.

Four other BC players scored in double digits, including CJ Penha with 15 points off the bench. T.J. Bickerstaff logged a double-double with 12 points and 10 rebounds, as well as four assists, five steals and two blocks.

Nazir Williams had a game-high 17 points on 4-of-9 shooting from downtown to lead Cornell, which led as late as the 4:04 mark of regulation and tied the game at 77-77 on Max Watson’s 3-pointer with 30 seconds left. The Big Red nailed 13 threes as a team.

BC broke open an early 2-2 game by going on a 12-2 run over a 5:12 span that included a layup for Aligbe’s first collegiate points. The freshman big man also slammed down a two-hand dunk to give the Eagles a 23-13 lead nine minutes into the contest.

The Big Red clawed back within one at 29-28 as Sean Hansen and Williams both hit triples while BC went 3:48 without scoring late in the opening half.

Williams hit all four of his 3-pointers and led all scorers with 12 points over the first 20 minutes.

The teams combined to hit 10 of their last 13 first-half field goals, with Greg Dolan hitting a trey at the buzzer to cut BC’s lead to 43-41 at the break.

Aligbe and Bickerstaff combined for the Eagles’ first eight points of the second half. But the visitors used a 10-0 run, including four straight from Hansen, and a pair of triples to take a 58-53 lead with 11:01 left.

Makai Ashton-Langford and Jaeden Zackery then made back-to-back jumpers to make it a one-point game a minute later, but a near two-minute scoreless stretch followed. Neither team led by more than a basket until a Williams layup at the 5:14 mark.

Cornell led 71-65 with 4:45 left in regulation, but BC went on a 12-1 run over three-plus minutes and took advantage of four turnovers in that span to take a five-point lead. Aligbe’s second-chance layup capped the stretch.