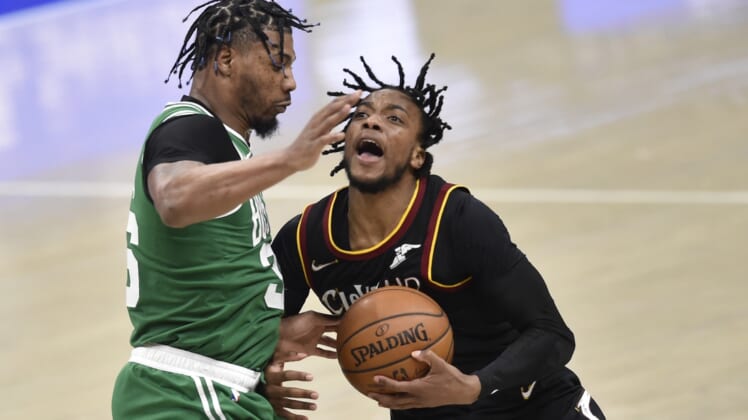 After two straight games of comeback attempts that came up short, the Boston Celtics get a golden opportunity to get back on track when they host the struggling Houston Rockets on Friday night.

The Celtics trailed by 23 in the third quarter and entered the fourth down 17 to the Dallas Mavericks on Wednesday before cutting their deficit all the way down to two in the game’s final 20 seconds. Boston couldn’t complete the comeback and dropped its second straight game.

In Monday’s defeat to the New Orleans Pelicans, the Celtics nearly erased a 17-point deficit with 5:50 left.

A team with the talent of the Celtics shouldn’t need help from the basketball gods to take care of the Rockets. Houston has won just twice in its past 26 games and is even weaker now after dealing Victor Oladipo to the Miami Heat at the trade deadline.

The Rockets lost 120-108 to the Brooklyn Nets on Wednesday, a game in which they led by 18 five minutes in. They played without point guard John Wall (left knee effusion), whose timetable to return is uncertain.

“I think you can look out there and tell that, you know, he’s moving a little bit slower,” coach Stephen Silas said. “He’s trying as hard as he can to fight through this injury, but it remains to be seen as far as the next step or how long it’ll be. Hopefully it’ll be just tonight, and he’ll play in Boston.”

Kevin Porter Jr. led Houston with 20 points against the Nets, and Danuel House Jr. added 18. Christian Wood returned from two games missed due to injury/illness and scored 14 in a team-high 35 minutes.

The Celtics have been struggling since mid-January and saw a seven-game homestand as an opportunity to build momentum. It started with their first game at TD Garden in front of fans in over a year, and back-to-back losses two games in is a setback, but the team remains defiant.

Against the Mavericks, Jayson Tatum had 25 points, Brown 24 and Kemba Walker 22. Trade acquisition Moritz Wagner (two points in 16 minutes) made his first start for the team as fellow big man Robert Williams III sat out with a non-COVID illness.

The Celtics and Rockets met in March, during the course of Houston’s 20-game losing streak. Boston came away victorious on the road, 134-107, leading by as much as 36 in the contest.