Boston Bruins’ next two games postponed due to COVID-19 protocols 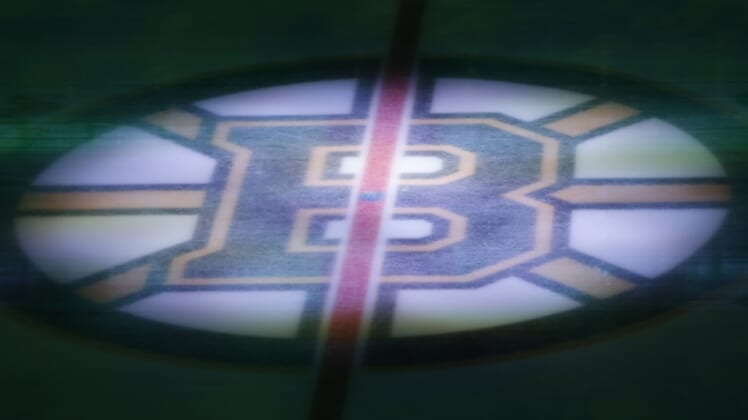 Apr 25, 2018; Boston, MA, USA; The Boston Bruins logo is lit up at center ice before the start game seven of the first round of the 2018 Stanley Cup Playoffs against the Toronto Maple Leafs at TD Garden. Mandatory Credit: Greg M. Cooper-USA TODAY Sports

The Boston Bruins’ next two scheduled games were postponed by the NHL on Friday after four additional players entered the league’s COVID-19 protocols.

The Bruins were slated to visit the Buffalo Sabres on Saturday afternoon and host the New York Islanders on Tuesday. The NHL said in a statement that the Bruins will be able to open their facilities on Wednesday, pending test results. Boston is scheduled to host the Islanders on Thursday.

Schedule update: @NHLBruins games Saturday against the @BuffaloSabres and Tuesday against the @NYIslanders have been postponed. https://t.co/gt7KsgWNCe pic.twitter.com/yyAavBtP02

The Bruins and Sabres both canceled practices Thursday morning after Boston’s Sean Kuraly and a member of Buffalo’s hockey staff entered COVID-19 protocols. The teams played their game later that night, with Boston skating away with a 4-1 win.

The Sabres dealt with an outbreak in early February that caused six games to be postponed, including two games against the Bruins (Feb. 6 and 8).

Buffalo is in the midst of a 13-game winless skid (0-11-2) that led to Wednesday’s firing of head coach Ralph Krueger and assistant coach Steve Smith. Don Granato is serving as the interim head coach.