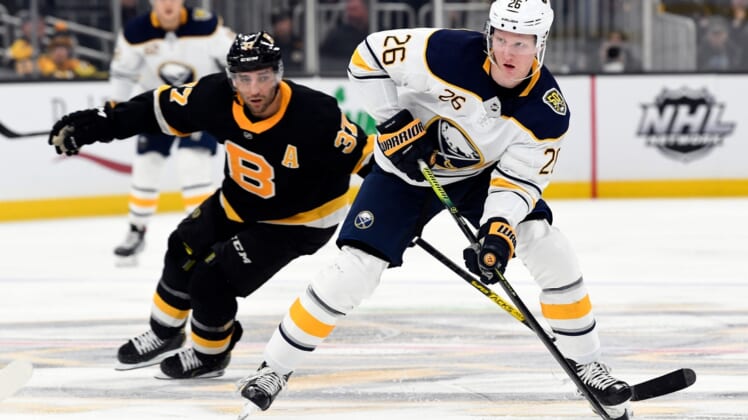 The Boston Bruins and Buffalo Sabres both canceled practices Thursday morning due to COVID-19 protocols but the teams were still expected to drop the puck in Buffalo at 7 p.m. ET.

“After further testing and contact tracing, as of now, tonight’s game against the Boston Bruins will go on as scheduled,” the Sabres posted on social media.

A Bruins player and a member of the Sabres’ hockey staff entered COVID-19 protocols, prompting the teams to cancel their morning skates at KeyBank Center.

The Sabres dealt with an outbreak in early February that caused six games to be postponed, including two games against the Bruins (Feb. 6 and 8).

Buffalo is in the midst of a 12-game winless skid that led to Wednesday’s firing of head coach Ralph Krueger and assistant coach Steve Smith. Don Granato is serving as the interim head coach.