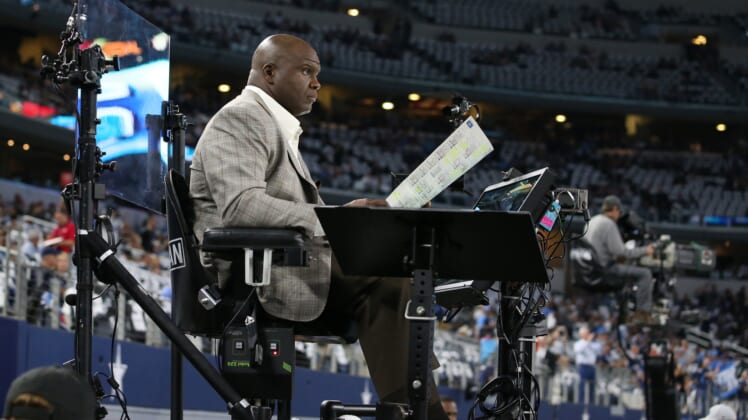 Outside of a Golden Tate catch and a feline deciding to streak on the field, those broadcasting the game for ESPN were forced to make it interesting themselves.

As has been the case thus far this season, Booger McFarland struggled at every turn. Seriously, he’s been a talking nightmare in the broadcast booth this season.

In no way did that change Monday night, and the football world let everyone know about it.