Booger McFarland continues to get the treatment on ‘MNF’ 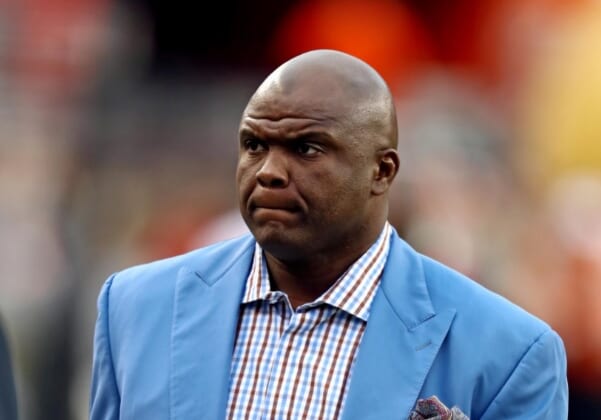 Called on to talk about the Los Angeles Chargers and Kansas City Chiefs for the four-letter network, the former NFL player was once again given the treatment.

Booger is not a great announcer. We get that. But he’s legitimately become a weekly living pun on social media. That did not change in Week 11.

We will give Booger credit for misusing a word in typical Hank Stram fashion.