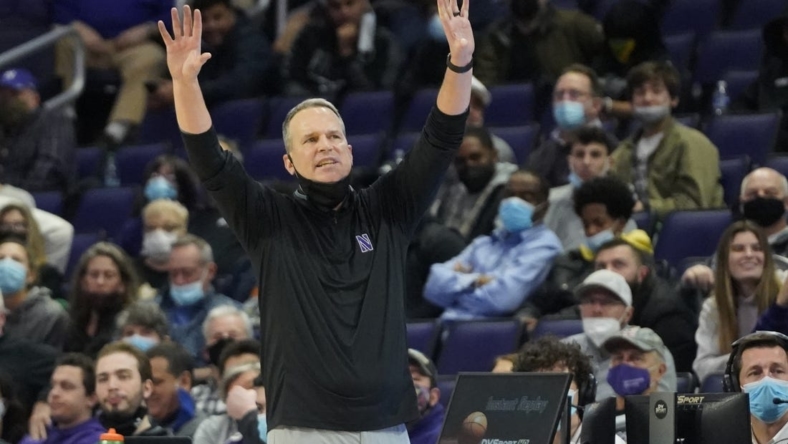 Senior forward Robbie Beran scored 13 of his team-high 15 points in the first half for Northwestern (2-0), while junior wing Ty Berry added 11 points and a career-high-tying 11 rebounds.

Keshawn Williams paced Northern Illinois (0-2) with 19 points, but he went 7 of 18 from the floor. Guard David Coit, who scored 31 points in his Division I debut Monday, managed just nine points against Northwestern as the Huskies were limited to 33.3 percent shooting.

Northwestern canned three 3-pointers in a 76-second stretch — second by Beran and one by Berry — to forge a 14-8 lead at the 14:36 mark of the first half.

Williams answered with a three-point play and a jumper as the Huskies cut the deficit to one point.

After two 7-0 runs, Northwestern took a 32-21 lead on Buie’s jumper with 3:35 left in the first half, but Williams notched six straight points. The Wildcats took a 36-27 lead into the break on Buie’s driving slam with five seconds left.

Northwestern expanded its lead to 12 in the first two minutes of the second half on Berry’s 3-pointer and Chase Audige’s jumper, but Northern Illinois didn’t allow the Wildcats to pull away.

When point guard Kaleb Thornton set up freshman Xavier Amos for a layup and a 3-pointer, the Huskies cut their deficit to 48-43 with 10:49 to go.

Northwestern called a timeout to regroup, then earned stops on Northern Illinois’ next eight possessions to fuel a 10-0 run that put the game away. UTEP transfer Tydus Verhoeven started the run with a pair of layups and Buie capped it with a jumper and a layup to make it 58-43 with six minutes left.