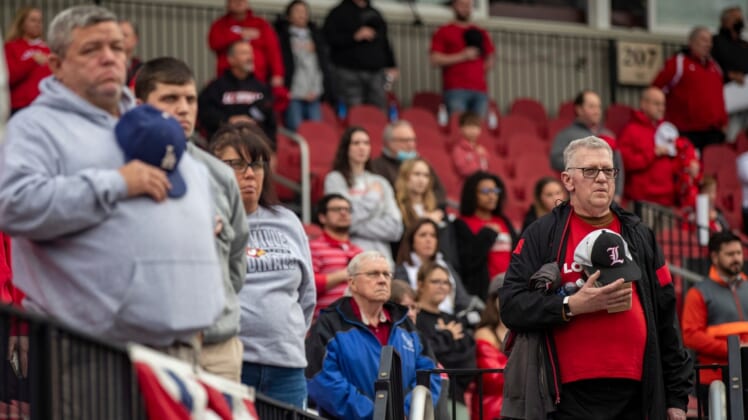 A baseball game between Louisville and North Carolina was suspended Sunday afternoon when the University of Louisville Police Department received a bomb threat for the on-campus Jim Patterson Stadium.

The game was in progress when police informed athletic officials of the threat and halted the game. About 2,000 fans evacuated the stadium as well as both teams, according to ESPN.

City and county police arrived at the scene along with bomb-sniffing dogs, multiple reports added.

It was unclear whether the game, suspended in the top of the sixth inning with North Carolina ahead 5-1, would be allowed to resume Sunday.