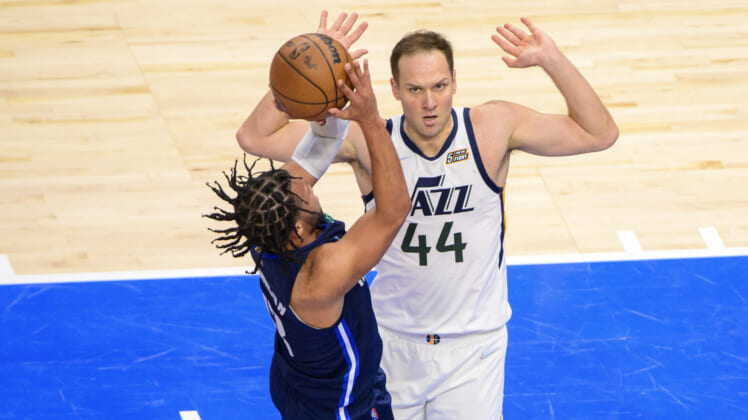 Utah Jazz wing Bojan Bogdanovic had an opportunity to send his team to Game 7 in their first round playoff series against the Dallas Mavericks Thursday evening.

The reaction from Bojan Bogdanovic says it all. Talk about an absolute heart-breaker as the Jazz were eliminated from the NBA Playoffs in premature fashion once again.

Utah held a 12-point lead at halftime before the Mavericks outscored the team by 17 in the third quarter. Despite this, the Jazz were able to tie it up with just over four minutes remaining in the fourth quarter.

After Jalen Brunson missed one of two free throws following a Mike Conley turnover, Utah still had a chance to come out on top and force a Game 7. Unfortunately, it did not come to fruition for the home team.

For his part, Bojan Bogdanovic did score 19 points on 3-of-6 shooting from distance. He was the team’s second-leading scorer behind Donovan Mitchell.

For the veteran and his team, it’s now going to be all about a summer of change in Utah. Another early playoff exit magnifies this to a T.