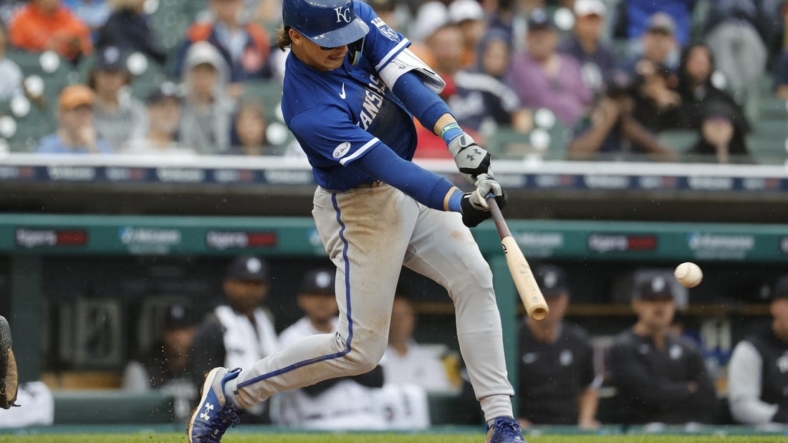 Bobby Witt Jr. drove in the go-ahead run with a two-out double in the eighth and the Kansas City Royals topped the host Detroit Tigers 3-2 on Sunday.

MJ Melendez scored a run and drove in another. Michael A. Taylor had three hits and added a run for Kansas City.

Nicky Lopez drew a one-out walk against Gregory Soto (2-8) in the eighth. Melendez doubled to left but Lopez was thrown out trying to score. Witt then bounced his double just past third baseman Jeimer Candelario to drive in Melendez.

Harold Castro hit a two-run home run for the Tigers, who have lost five of their last six games.

Taylor had a leadoff double in the second but was left stranded as Manning set down the next three batters.

Witt and Salvador Perez had two-out singles in the third. Manning then struck out Nick Pratto.

Riley Greene extended his hitting streak to 13 games in the bottom of the inning with a two-out single.

Kansas City loaded the bases in fourth on a Taylor single, a hit batsman and a walk. Lopez’s opposite-field single knocked in Taylor for the game’s first run.

Manning walked Melendez after getting up in the count 0-2 to make it 2-0. Manning prevented further damage as Witt flied out and Perez struck out.

The Royals’ lead didn’t last long. Javier Baez led off the bottom of the fourth with a single and Castro jumped on a 2-0 Castillo fastball for his sixth homer this season.