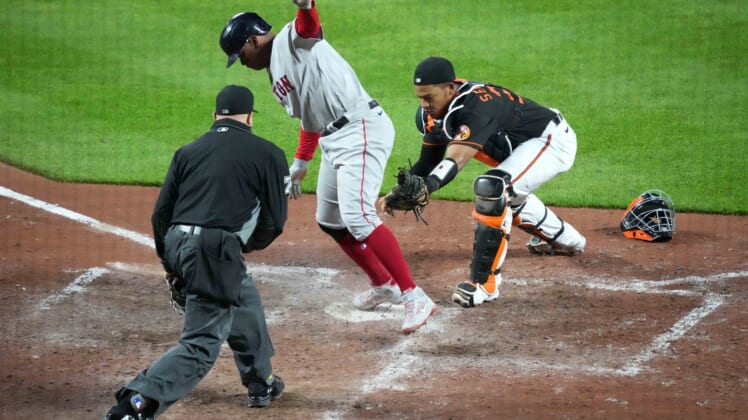 Rodriguez (5-0) allowed one run on seven hits over five innings to improve to 11-5 in his career against Baltimore. The one-time Orioles prospect walked three and struck out two.

Dalbec finished 2-for-3 and Hunter Renfroe, Christian Vazquez and Marwin Gonzalez each drove in a run for the Red Sox. Boston won for the third time in four games and has taken seven of its past 11.

Orioles right-hander Matt Harvey (3-2) turned in his shortest start of the season, lasting only four innings and giving up four runs — all unearned — on four hits with a walk and three strikeouts.

Baltimore came in riding high after 28-year-old left-hander John Means threw the team’s first individual no-hitter in 52 years in a 6-0 win at Seattle on Wednesday. The last-place Orioles had won five of seven before Friday, but now they have lost three of five.

Renfroe’s two-out single in the fourth inning plated Rafael Devers, who reached on a fielding error, advanced to second on the same play and later stole third. Franchy Cordero walked after Renfroe’s hit before Dalbec’s second homer of the year made it 4-0.

Mancini singled home the Orioles’ first run in the fifth, and Mountcastle’s second homer of the campaign made it 4-2 in the sixth.

Vazquez and Gonzalez hit RBI doubles in the eighth and ninth, respectively, to put the game out of reach.