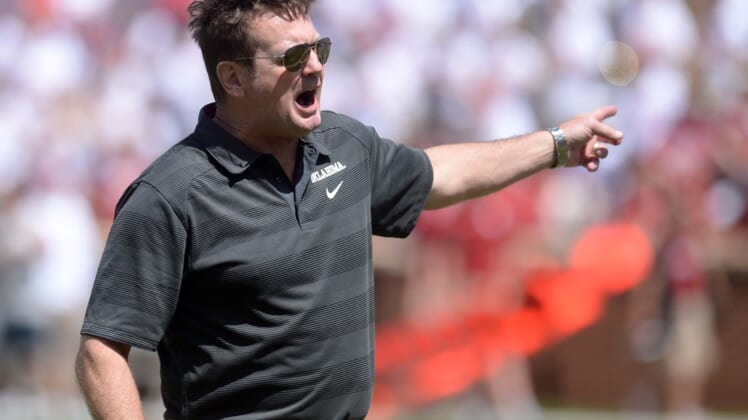 The 2000 season national championship coach will replace Urban Meyer on the show, “Big Noon Kickoff.” Meyer was recently hired as coach of the NFL’s Jacksonville Jaguars.

The 60-year-old Stoops retired from coaching shortly before the 2017 season. He was named as part of the 2021 College Football Hall of Fame Class in January.

Stoops is the winningest coach in Oklahoma history and compiled a 190-48 record in 18 seasons. He won 10 Big 12 titles and was named coach of the year on six occasions.

Stoops coached the XFL’s Dallas Renegades in 2000 and went 2-3 before the season ended due to the coronavirus pandemic.