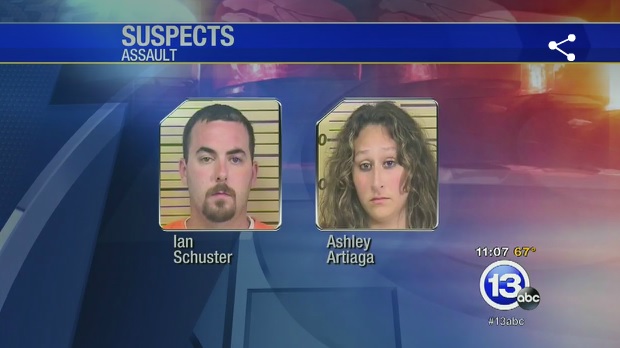 If only you cared this much about your college football team.

This past weekend saw four people involved in a fight while navigating a boat on Lake Erie. A reports from 13 ABC in Toledo, OH. indicates that two woman—a Ohio State fan and a Michigan fan—engaged in an on-boat spat that included some hair pulling. When the boyfriend of one of the women attempted to intervene, another man got involved. This led to a full-on fight.

The fight resulted in assault charges for Ashley Artiaga and Ian Schuster. Both are reportedly Michigan fans. Let’s hope fans on hand for the Michigan-Ohio State game in Ann Arbor Thanksgiving weekend keep it more civil.