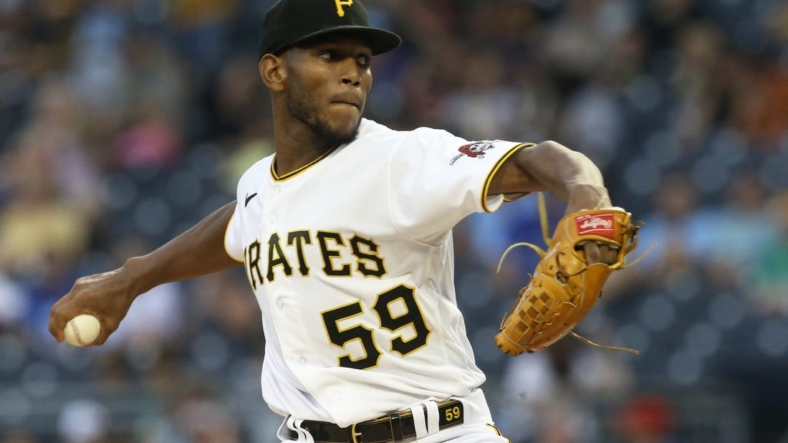 Bo Bichette hit a tiebreaking three-run double in the seventh inning Saturday to lift the visiting Toronto Blue Jays to a 4-1 win over the Pittsburgh Pirates.

The Blue Jays have won 11 of 16 as they fight for one of the final playoff spots in the American League.

Toronto went with a bullpen game, with Trevor Richards opening. He pitched two scoreless innings, giving up one hit and no walks, with three strikeouts.

Yimi Garcia (4-4) pitched 1 1/2 scoreless innings, and Jordan Romano pitched the ninth for his 29th save.

Oneil Cruz hit an RBI triple for the Pirates, who have lost three straight and 17 of 21.

Duane Underwood Jr. (1-4) gave up three runs on two hits and two walks in the seventh.

Toronto left fielder Lourdes Gurriel Jr., who did not play Saturday because of left wrist soreness, returned and was 1 for 4 with a double.

However, Blue Jays second baseman Santiago Espinal left in the eighth when he got hit by a pitch on the back of his left hand.

In the third against Yusei Kikuchi, Jason Delay singled to center with one out and scored when Cruz tripled to right-center for a 1-0 Pirates lead.

The Blue Jays immediately tied it in the top of the fourth. Bichette hit a leadoff single to right. Gurriel Jr. doubled to left, with Bichette going to third. After Espinal grounded out without the runners advancing, Bichette scored on Raimel Tapia’s groundout to make it 1-1.

That’s how it stood until the seventh against Underwood Jr.

With one out, George Springer singled to center. Vladimir Guerrero Jr. walked. They advanced on an Underwood Jr. wild pitch. Teoscar Hernandez struck out. Matt Chapman walked to load the bases.

Bichette doubled to left to clear the bases, giving the Blue Jays a 4-1 lead and chasing Underwood Jr.

Before the game, Pittsburgh inducted the first 19 members into its new franchise Hall of Fame. The three living members — Steve Blass, Bill Mazeroski and Dave Parker — attended the ceremony.