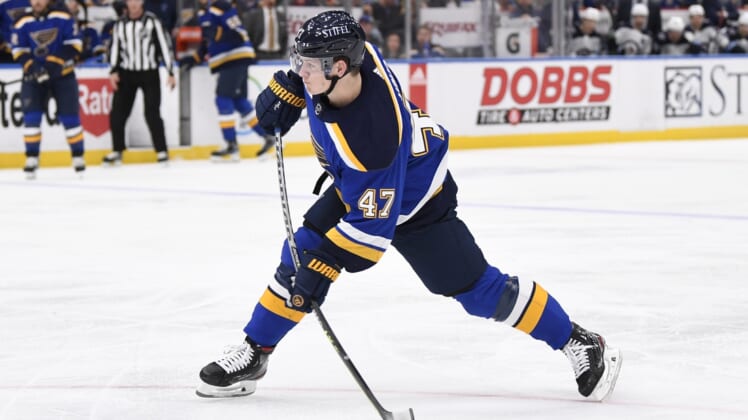 Krug was injured by a slash from Nick Jensen during the second period of the Blues’ 5-2 win against the Washington Capitals on Tuesday. The injury was to his left hand.

“It’s really tough. Valuable player for us,” Blues coach Craig Berube said Thursday. “It is what it is, but it is a tough loss for sure. It didn’t look like much, but obviously it is.”