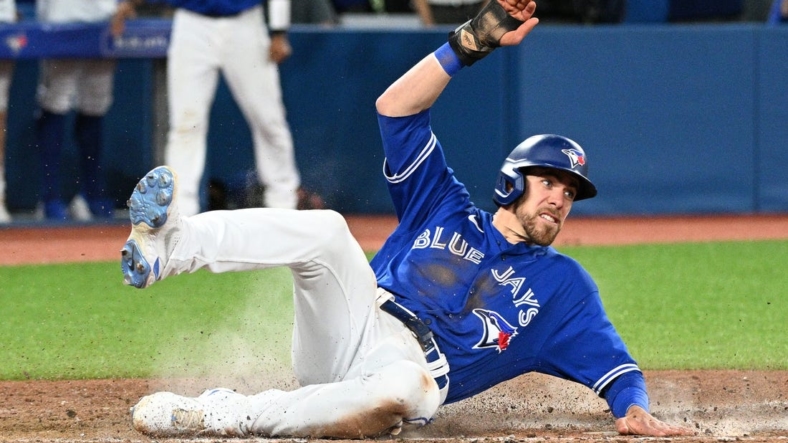 In a complete reversal of a transaction that took place just 11 days earlier, the Toronto Blue Jays claimed their former outfielder Bradley Zimmer off waivers from the Philadelphia Phillies on Monday.

According to The Athletic, the Blue Jays do not intend to activate Zimmer until rosters expand on Sept. 1, making a corresponding transaction unnecessary.

The Phillies had grabbed Zimmer off waivers on Aug. 18 two days after starting center fielder Brandon Marsh suffered a knee injury during a collision with an outfield wall in a game against the Cincinnati Reds. At the time, All-Stars Kyle Schwarber (calf) and Bryce Harper (finger) were both still out with separate ailments.

Schwarber returned for good on Aug. 19, Harper rejoined the lineup on Friday and Marsh came back this past Saturday.

The 29-year-old Zimmer played just nine games with the Phillies after debuting the day after he was claimed. He doubled and scored a run in four at-bats on Aug. 19 against the New York Mets for his only extra-base hit with Philadelphia.

In 86 games this season with Toronto and Philadelphia, Zimmer has hit .130 (12-for-92) with two home runs and three RBIs.