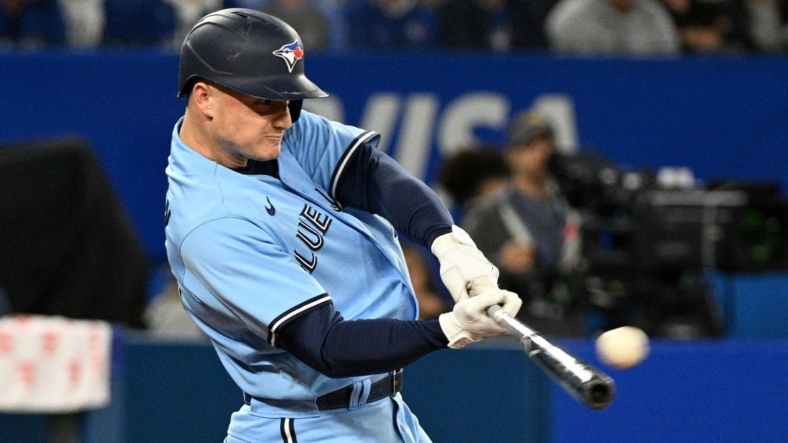 Chapman had three hits and Vladimir Guerrero Jr. had a first-inning single for Toronto (82-63) to extend his hitting streak to 10 games in the opener of a three-game series.

Chapman hit his 25th home run of the season with two outs in the second.

Right-hander Trevor Richards struck out the side in the first inning as Toronto’s opener.

Julian Merryweather followed Richards and retired four straight before walking Austin Hays with one out in the third. Merryweather then got Jorge Mateo to ground into an inning-ending double play.

Cedric Mullins led off the fourth with a triple against Yusei Kikuchi (5-7). Rutschman followed with his 11th home run — and his first batting right-handed — on a drive to left to give the Orioles a 2-1 lead.

Chapman singled to open the fifth before Raimel Tapia walked. With two outs, Springer hit his 21st homer, a blast to left to put Toronto ahead to stay, 4-2.

Bo Bichette led off the sixth with a single against Joey Krehbiel. With two outs, Chapman’s 26th homer provided two insurance runs for a 6-2 Toronto lead.

In the eighth, Hays walked and Mateo singled with one out against Anthony Bass, who ended the threat with a foul out and line out.

Yimi Garcia allowed Henderson’s second homer of the season with two outs in the ninth for the game’s final run.