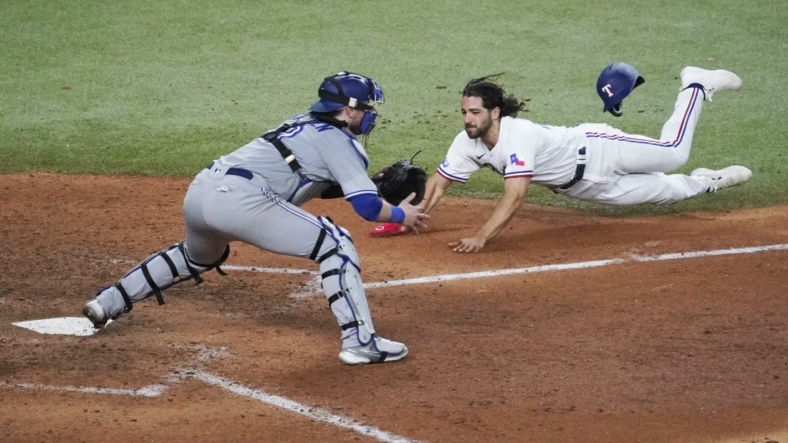 Bo Bichette doubled three times while Raimel Tapia and Danny Jansen each homered on Saturday night in the Toronto Blue Jays’ 11-7 win over the host Texas Rangers in Arlington, Texas.

Texas (59-79) fell behind by four runs in the first inning and was playing catch-up the rest of the night. Adolis Garcia and Sam Huff each homered for the Rangers.

Both teams got off to fast starts.

The Blue Jays sent nine to the plate and scored four runs in the first inning against Arihara.

George Springer started things off with a double and went to third on Bichette’s one-out double. Alejandro Kirk’s two-run, two-base hit opened the scoring. Matt Chapman walked, and Jansen’s single loaded the bases. Espinal then plated two with a single.

But the Rangers countered with three runs in their half of the first. Marcus Semien led off with a single and stole second. Corey Seager walked and with one out, Garcia crushed a three-run homer.

Arihara ran into more trouble in the third inning, as the Blue Jays tacked on five more runs, building a 9-3 lead. The big blast was Tapia’s three-run homer to right, which followed Espinal’s RBI double. Bichette added an RBI double later in the inning.

In the fourth inning, Jansen’s two-run homer made it 11-3.

Texas chased Gausman in a four-run sixth inning. Prospect Josh Jung, who highlighted his MLB debut with a homer in his first plate appearance on Friday, laced a double and Huff responded with a two-run homer to end Gausman’s night.