Blue Jays says Vladimir Guerrero Jr. could be up any day now 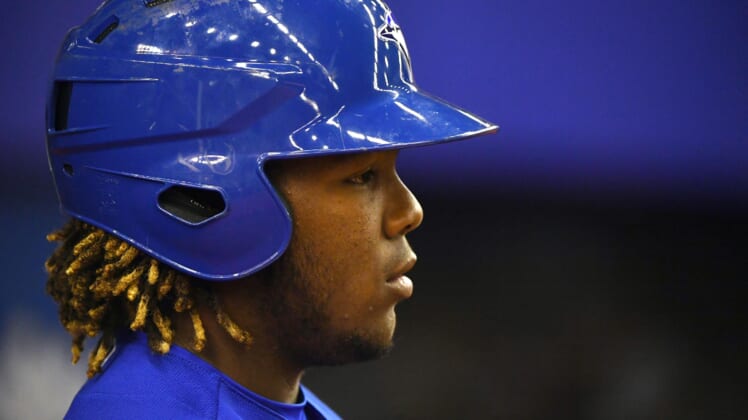 The long-awaited MLB debut of one Vladimir Guerrero Jr. might happen here within the next several days.

On the injured list to start the season, MLB’s best prospect has absolutely been killing the baseball in Triple-A for the Buffalo Bisons.

Toronto’s handling of the prized prospect came under scrutiny following a 2018 season in which he batted .318 with 20 homers, 78 RBI and a 1.073 OPS across 94 games and four stops in the minors.

The poster boy for MLB’s service time rule, Guerrero Jr. will immediately become the AL Rookie of the Year favorite once he makes his MLB debut. That could happen here within the next few days.