Blue Jays look to get offense going in finale vs. Guardians 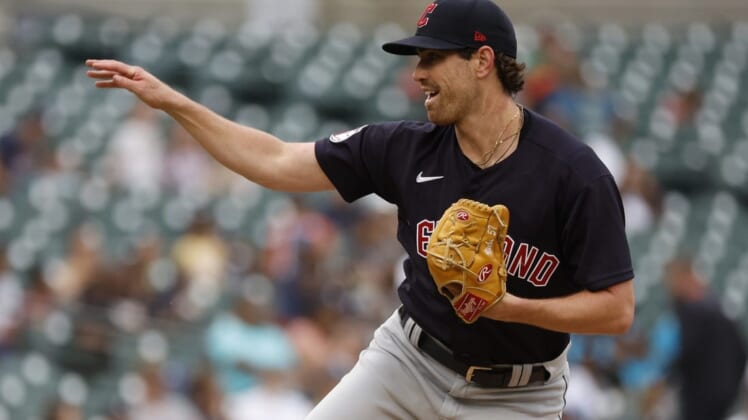 The Toronto Blue Jays have scored twice in two games, but they have a chance to take the three-game series from the visiting Cleveland Guardians on Sunday afternoon.

After Cleveland took the series opener 8-0 on Friday, Toronto bounced back on Saturday with a 2-1 victory that set up a rubber match on Sunday.

The Guardians already have clinched the season series between the teams after taking three of four from the Blue Jays in Cleveland from May 5-8.

Right-hander Shane Bieber (7-6, 3.21 ERA) will be Cleveland’s starting pitcher on Sunday. He is 2-1 with a 4.38 ERA in four career starts against Toronto.

Gausman earned an 8-3 win over Bieber in the first game of a doubleheader on May 7. Gausman allowed one run and six hits in 6 1/3 innings while Bieber gave up seven runs and eight hits in 3 1/3 innings.

Matt Chapman hit his 23rd home run of the season in the fifth inning on Saturday to tie Vladimir Guerrero Jr. for the Blue Jays’ team lead with 23. Teoscar Hernandez hit his 17th homer in the seventh for what proved to be the game-winning run.

“You have to grind out your at-bats,” Blue Jays interim manager John Schneider said. “It sounds easy to say, but we have the ability to change the leverage of a game with one swing. It’s going to take more than that, though. It’s going to take consistent at-bats and getting on base. When that big blow comes, it’s even better with guys on.”

The Guardians have moved into first place in the American League Central with their recent surge, but their manager, Terry Francona, does not feel it is time for scoreboard-watching.

“What really matters is how we play,” Francona said. “I tell guys in spring training, ‘The guy you’re in competition with, don’t root against them, just take care of yourself and do the best you can.’ Things usually have a way of working out better when you take care of your own stuff.”

Bieber said, “As long as we don’t get ahead of ourselves, I think we’ll be in a good spot. It feels good knowing that no one in this locker room is surprised that we’re in this position. Who knows about anybody else … and it doesn’t matter. We all feel good. We all feel confident. It’s a good energy to feel just walking in here every day knowing that we’re expecting to win.”

“We wanted him to face live hitters and get his pitch count back up to where it was,” Schneider said.