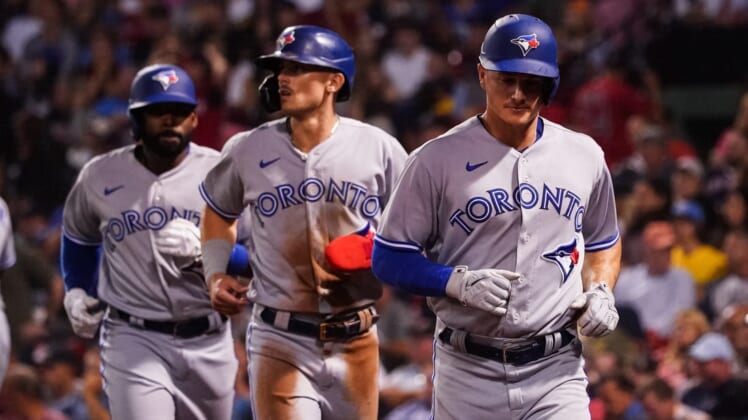 The Boston Red Sox were working toward a cleaner bill of health.

On top of the Red Sox’s 9-3 loss in the opener, left fielder Tommy Pham and shortstop Xander Bogaerts were removed early due to back spasms.

As the series continues Wednesday night in Boston, Cora’s message is simple.

“We’ve got to keep going; there are no excuses,” Cora said. “There’s a lot of teams that are playing hurt and good baseball, so it really doesn’t matter. … We’ve got to do a good job this week to gain ground.”

Josh Winckowski returned from Triple-A Worcester to start Tuesday in place of Eovaldi, who was shelved after having his originally scheduled start last Thursday pushed back. Eovaldi missed time in June and July with back issues.

Hosmer hoped to return following Sunday’s MLB Little League Classic, but he was added to the 10-day list and Franchy Cordero was recalled to take his spot in Tuesday’s lineup.

“It got to a point where we’re kind of working backwards a little bit,” Hosmer said. “The best thing is to stop right now and try and get it back to strength, then hopefully we’re back and help this team for a late push as soon as we can.”

Right-hander Brayan Bello (0-3, 8.47 ERA) will make his return from a Triple-A rehab assignment (left-groin strain) to start Wednesday for the Red Sox, who are 16-33 against American League East opponents and 3-11 against the Jays this season.

Right-hander Jose Berrios (9-5, 5.39) gets the nod for Toronto and will look to post another strong start, having held the Red Sox to three earned runs over 13 innings this season.

Berrios allowed just two runs (one earned) and struck out nine in 6 2/3 innings Thursday as he helped the Blue Jays earn the first of three straight wins in a four-game set against the Yankees.

Before winning in the Bronx, Berrios didn’t make it out of the fourth inning in his first two outings following a 3-0 July.

“I think if he’s got a good feel for it when the game starts, it’s probably easier to get into a rhythm,” Jays reliever David Phelps said of Berrios recently. “I think as a starting pitcher, when you give up (runs) early, you get to the point where you feel like you have to be perfect the rest of the way, and that’s where you can get yourself into trouble.”

The Blue Jays have a plus-46 run differential in the head-to-head series. Tuesday’s 13-hit effort helped Toronto to its sixth straight win at Fenway Park.

During an eight-run third inning, former Boston outfielder Jackie Bradley Jr. started his 2-for-3 night with a double and George Springer, who was sidelined with elbow inflammation earlier this month, hit a three-run triple.