Blue Jays land 3B Matt Chapman in deal with A’s 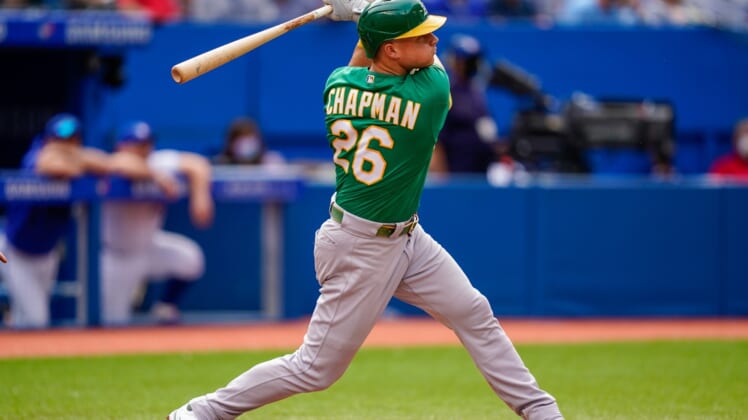 Third baseman Matt Chapman was traded to the Toronto Blue Jays on Wednesday as the Oakland Athletics continue to dramatically reshape their roster as spring training opens.

Chapman was traded two days after the A’s traded All-Star first baseman Matt Olson to the Atlanta Braves. As the lockout ended, right-hander Chris Bassitt, an All-Star last season, was traded to the New York Mets.

Hoglund was in the running to be the No. 1 overall pick in 2021 but required Tommy John surgery. The Blue Jays selected him 19th overall, and said recently he could be ready to throw off of a mound before April 1.

The 25-year-old Smith was a fourth-round pick in 2017 and debuted with the Blue Jays in August 2021. He had three hits in 32 at-bats in his first MLB action.