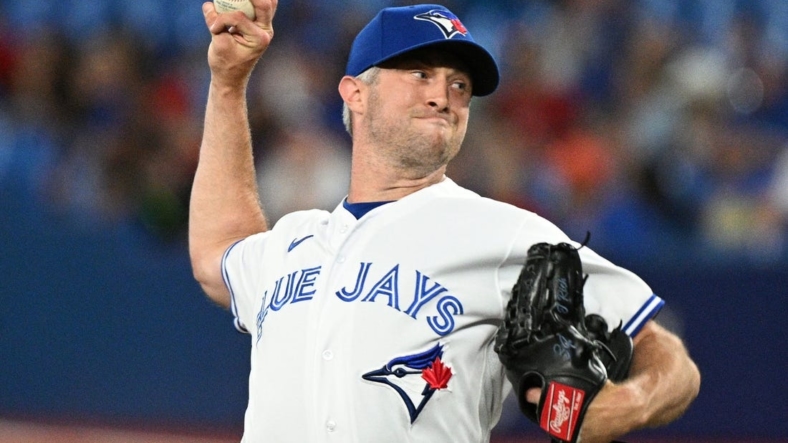 The visiting Toronto Blue Jays are the fourth straight opponent in postseason contention to take on the Pittsburgh Pirates, who have not been able to play much of a spoiler role.

Toronto opened a three-game series on Friday with a 4-0 win over Pittsburgh, a five-hit shutout. The Blue Jays have won 10 of their past 15 games in a chase for an American League wild-card spot.

“At the end of the day, it’s still major league baseball. You have to perform, and you have to compete,” Blue Jays interim manager John Schneider said. “You can’t expect to show up and say, ‘We have a better record than this team, so we’re going to win.'”

Pittsburgh came into the series 2-7 in games against playoff contenders since Aug. 22, dropping series to the Atlanta Braves, Philadelphia Phillies and Milwaukee Brewers.

Including the Friday loss to Toronto, the Pirates have scored 23 runs during the 10 games in that stretch.

Friday’s game also was Pittsburgh’s 82nd loss, ensuring a losing season — and one that could dip to 100 losses without a strong finish.

“What we’re trying to do is just work on getting better,” said Pirates manager Derek Shelton, who has overseen a core of veterans surrounded by collection of rotating young and inexperienced players all season.

Pirates third baseman Ke’Bryan Hayes left the Friday game after the fifth because of left shoulder discomfort after he landed on it diving for a ball down the line. He recently did a stint on the IL because of a mid-back muscle strain.

Toronto left fielder Lourdes Gurriel Jr. was not in the lineup on Friday because of left wrist soreness, but Schneider indicated Gurriel was available off the bench if he had been needed.

The Blue Jays waited until after Friday’s game to announce that right-hander Trevor Richards (3-1, 4.53 ERA) would start in what will be a bullpen game — something that was facilitated by Friday’s starter, Alek Manoah, going 7 1/3 innings and Toronto only needing short work by two relievers.

It will be Richards’ first start of the year after 51 relief appearances. He has not made a start since 2020. Schneider said the Blue Jays will see what Richards can do and “will go from there.”

Richards is 1-1 with a 3.07 ERA in four career games, two of them starts, against the Pirates.

Contreras, 22, is one of the young players the Pirates are high on. In 15 appearances (12 starts) this year, he twice has pitched at least five scoreless innings.

That includes his most recent outing, a 5-0 win Sunday against Philadelphia, when he struck out seven in five shutout innings to help Pittsburgh break a seven-game losing streak.

It marked his third straight game against teams with elite offenses, the other two being the Boston Red Sox and Atlanta.

“We’re talking about three really good lineups, two of the better lineups in the National League, and Boston’s extremely tough,” Shelton said. “The fact that he’s been able to come out, execute and kind of stay within his plan. … That’s a definite, really positive sign of Ro just taking steps forward.”

Contreras has never faced the Blue Jays, another team with a strong lineup.