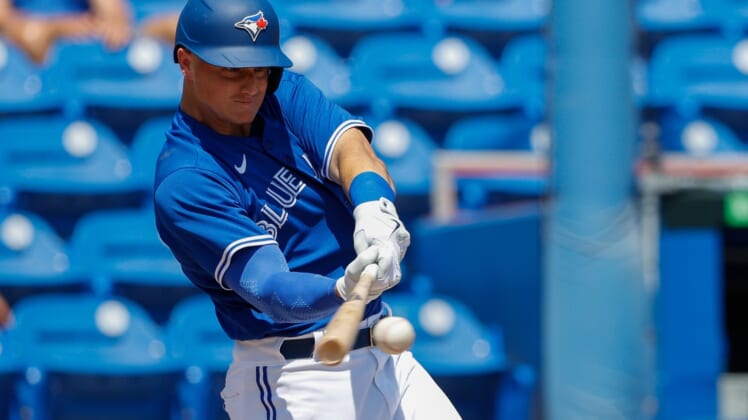 The Toronto Blue Jays will open a season of great expectations Friday night when they play the visiting Texas Rangers, who have tried to spend their way into contention.

The Blue Jays barely missed reaching the postseason in 2021 with 91 wins, finishing fourth in the tight American League East.

They seemed to have filled those gaps, however, by signing free-agent pitchers Kevin Gausman and Yusei Kikuchi to fill out a rotation that has Hyun-Jin Ryu, Alek Manoah and Opening Day starter Jose Berrios along with acquiring third baseman Matt Chapman in a trade with the Oakland Athletics.

“At the end there in Oakland, a lot of guys were starting to question what kind of direction it was going,” Chapman said. “Coming here, the direction is clear. It’s wanting to win a World Series and doing whatever they can to make that happen.”

The Rangers, who lost 102 games last season to finish last in the AL West, made a splash on the free-agent market in the offseason. They signed shortstop Corey Seager, outfielder Kole Calhoun, Semien and right-hander Jon Gray, their Opening Day starter.

“When you’re a 100-loss team, you’re not going to get a discount,” said Jon Daniels, Rangers president of baseball operations. “These guys didn’t grow up down the block, either. You have to demonstrate that you have a plan and that you want to spend accordingly. We knew the guys we wanted and ownership was on the same page and gave us the confidence to say it publicly.”

Texas is strong in the middle of the infield with newcomers Seager (three-time .300 hitter) and Semien (career-high 45 homers, 102 RBIs last season). Catcher Mitch Garver also provides offense. Nathaniel Lowe will be at first base, Andy Ibanez at third, with Adolis Garcia, Calhoun and Brad Miller in the outfield with Willie Calhoun a possible designated hitter.

Matt Bush joins a bullpen that includes holdovers Josh Sborz, Dennis Santana and Joe Barlow. No closer has yet been named.

He gave up three runs in six innings in his only start against the Rangers last season and is 2-1 with a 5.47 ERA in five career starts against them.

The Blue Jays will open their season in Toronto for the first time since 2019. Because of COVID-19 restrictions, they played their home games at the park of their Triple-A affiliate in Buffalo during the shortened 2020 season.

They opened last season at their spring training site at Dunedin, Fla., moved to Buffalo and returned to Toronto in late July.