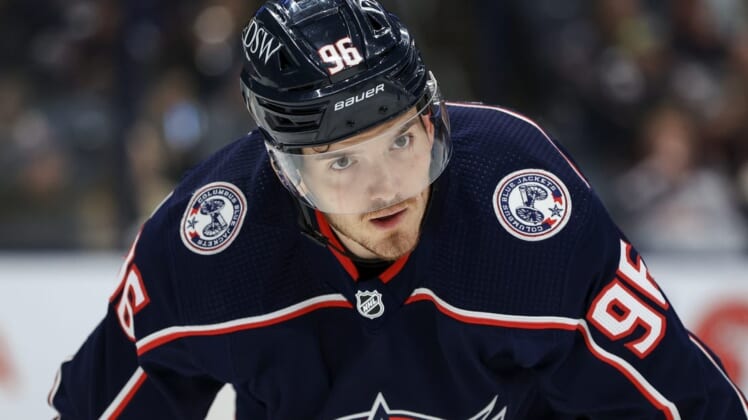 “Jack is an offensively gifted player with great speed and vision who has increased his production each season during his NHL career,” general manager Jarmo Kekalainen said Tuesday in a news release. “He has made great strides in his all-around game, especially during this past season, and we are very pleased that he will continue to be an important part of our team as we move forward.”

In 309 career games with the Jets and Blue Jackets, Roslovic has 146 points (60 goals, 86 assists) with 44 penalty minutes. He has set or tied career highs in goals, assists and points in each of his five full NHL seasons.