Blue Jackets hope to avoid a Finland sweep to Avalanche 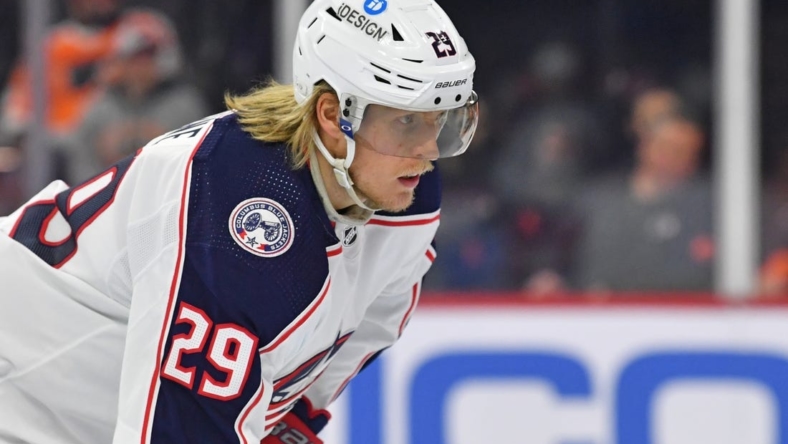 Mikko Rantanen had a triumphant return to his home country on Friday, and it will be tough to top Saturday when his Colorado Avalanche and the Columbus Blue Jackets play the second of a two-game NHL Global Series set in Tampere, Finland.

Rantanen had a hat trick and four points in Colorado’s 6-3 win Friday in Finland, where he got a warm reception from the local fans.

“Two points are obviously the biggest thing,” Rantanen said after Friday’s win. “Got some good passes from the guys and was able to score some goals. The crowd chanting was cool, had chills sitting on the bench.”

Both teams would like to clean up some things. They combined for 12 power plays — seven for Columbus — and 75 total shots.

“It was an exciting game for the fans,” Rantanen said. “The coaches would probably disagree.”

The Avalanche ended a two-game skid and avoided blowing a three-goal lead for the second time in three games. Colorado has struggled to find its footing to start the season, due in part to a tough schedule in the first month and in part to the absence of key players.

Captain Gabriel Landeskog has yet to play after having knee surgery. Valeri Nichushkin, who has gotten off to a hot start with seven goals — tied with Rantanen for the team lead — and 12 points, missed his third straight game with a lower-body injury.

He is with the team in Finland, but coach Jared Bednar has not said if Nichushkin will play Saturday.

The defensive struggles continue for the Blue Jackets, who have lost four in a row, are 3-8-0 to start the season and have allowed three or more goals in 10 of 11 games. Elvis Merzlikins gave up five of the six goals in Friday’s game and saw his goals-against average rise to 4.82.

Daniil Tarasov will likely get the start Saturday while Colorado’s Pavel Francouz could be in net for a battle of backups. However, Bednar could opt to use Alexandar Georgiev again after his 36-save performance on Friday.

It was a special night for another Finn, even though it came in a losing effort. Blue Jackets left winger Patrik Laine, whose hometown is listed as Tampere, had a goal and an assist in the loss and recognized Rantanen’s big night.

“It was fun for the fans. Not fun for us right now,” Laine said after the loss. “Obviously as a friend and as a person, happy for him. As a hockey player, not really. … It was fun to play it, but right now it’s not a good feeling.”

Laine registered a point for the first time in four games and is encouraged by how the team is playing despite the losing streak.

“I feel like we had some good looks,” Laine said. “Especially after the stretch we’ve had, we were really happy the way we were moving. We got a lot of chances and could have easily had a couple more, but it wasn’t bouncing our way. We can’t wait and hope for the bounces. We have to create our own luck and work harder and bury next time.”