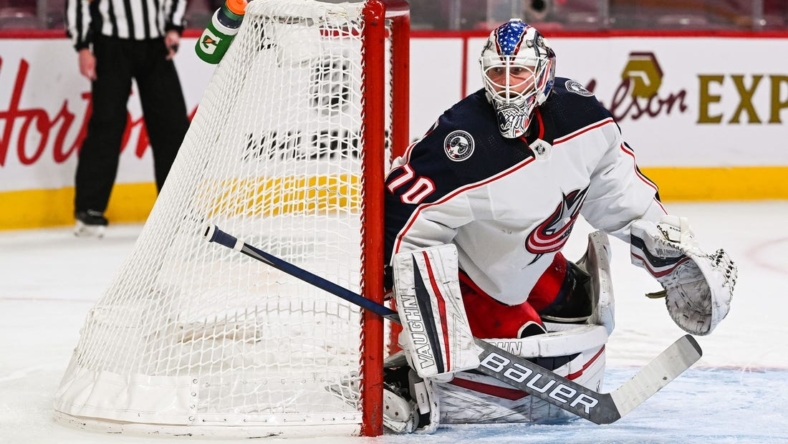 Columbus Blue Jackets goaltender Joonas Korpisalo will start and his make his season debut in his native Finland on Saturday in the 2022 NHL Global Series against the Colorado Avalanche.

The Avalanche won the opener of the two-game series 6-3 on Friday in Tampere, Finland.

Korpisalo, from Pori, Finland, last played March 22, when he was sidelined by a hip injury and subsequent surgery. Combined with a lower-body injury earlier in the year, he played only 22 games and posted a 7-11-0 record with a 4.15 goals-against average and .877 save percentage.

“He’s a tremendous competitor,” Blue Jackets coach Brad Larsen said of the 28-year-old Korpisalo. “And he had surgery and worked himself back. A lot of a lot of hard hours in the gym and on the ice.”

“It’s great, and it’s been a long time coming,” Korpisalo told The Athletic. “Having surgery, rebabbing all summer, and then coming to training camp, wishing I was all good to go but realizing that I wasn’t quite there …