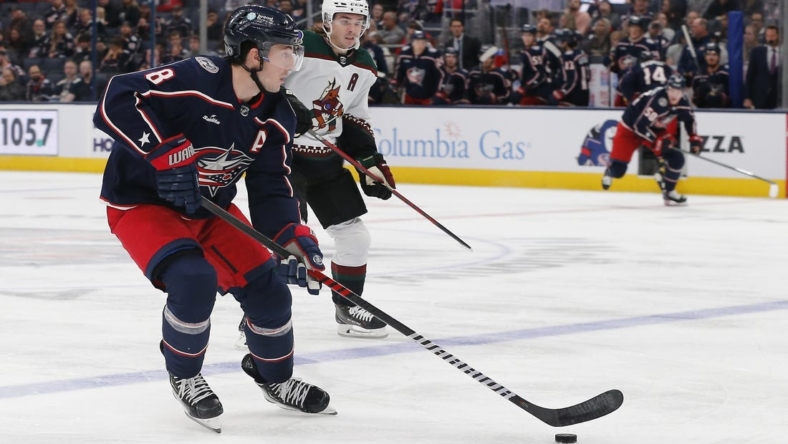 Columbus Blue Jackets forward Zach Werenski sustained an upper-body injury during Thursday’s home game against the Philadelphia Flyers and was ruled out for the rest of the night.

Werenski lost his balance on an attempted check on Philadelphia’s Travis Konecny late in the first period and left holding his right arm.

Werenski tallied a goal and an assist before the injury.

Werenski, 25, is in his seventh NHL season, all with Columbus. Entering Thursday, he had scored two goals and added four assists over the first 12 games of the 2022-23 season.