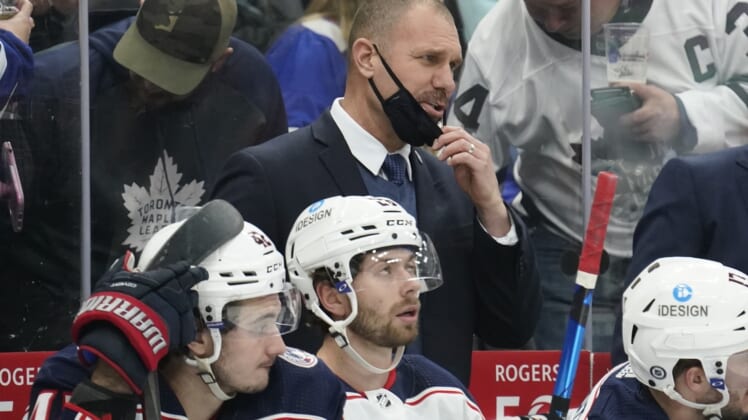 Larsen, 44, has guided Columbus to a 32-29-5 record in his first year at the helm. The Blue Jackets entered Tuesday 15 points behind the Washington Capitals for the second wild-card spot in the Eastern Conference, with 16 games remaining.