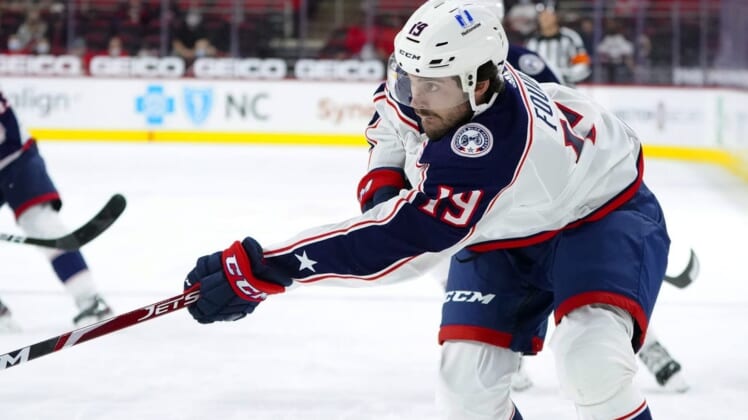 As part of the contract, Foudy will be on a two-way NHL/AHL deal next season and a one-way NHL deal for 2023-24. Financial terms were not disclosed.

Foudy, 22, was the franchise’s first-round draft pick in 2018 (18th overall). He has split time between Columbus and AHL affiliate Cleveland, playing in just 27 games for the Jackets over the past three seasons.

That includes just one game in 2021-22 before an upper-body injury sidelined him for the remainder of the campaign.

“Liam got off to a solid start last season in Cleveland and was playing well before he was injured and missed the final three months of the season,” Columbus general manager Jarmo Kekalainen said in a news release. “He is an elite skater. He’s worked very hard to solidify the other areas of his game and we believe Liam has a very bright future with our club.”

Foudy has totaled five assists in his NHL career.