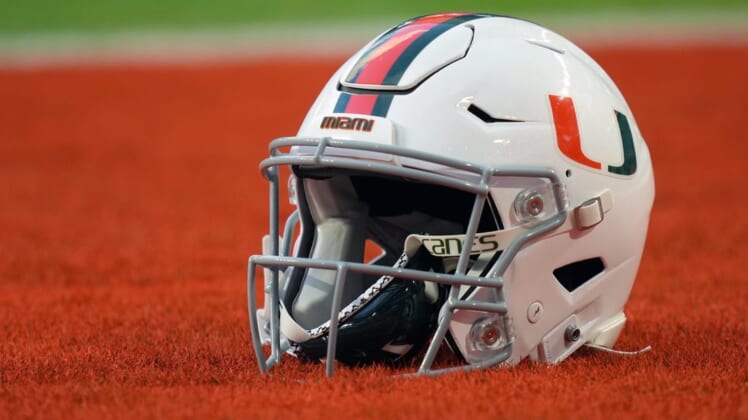 Edge rusher Jayden Wayne, a top-50 prospect in the Class of 2023, committed to Miami.

From Washington state, Wayne now plays for IMG Academy in Bradenton, Fla. Miami coach Mario Cristobal, previously the head coach at Oregon, managed to lure him away from the Ducks, as well as his other suitors — Alabama, Georgia, Michigan State and LSU.

Wayne is ranked No. 6 at his position and No. 41 overall by the 247Sports composite.

His commitment represents another recruiting coup from the Northwest for Cristobal. Last week, four-star Riley Williams, an Oregon native, committed to the Hurricanes.

With Wayne’s commitment, Miami now has the ninth-ranked class for 2023, according to the 247Sports composite.