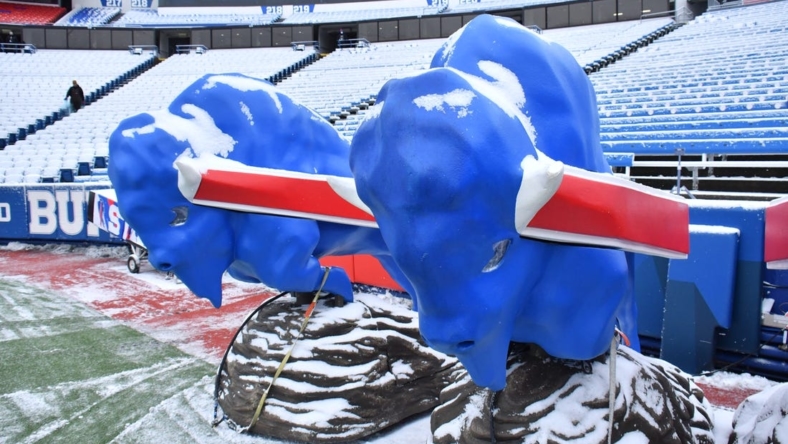 The forecast for Buffalo calls for more than two feet of snow and falling point totals on Sunday.

Books are moving their morning lines to reflect changes in the weather that could bring a massive amount of snow before, during and after the Week 11 NFL game between the Buffalo Bills and Cleveland Browns.

Models vary in projections for lake effect snow for western New York, with Buffalo projected to get between 23 and 32 inches and gusty winds into game time on Sunday (1 p.m. ET scheduled kickoff).

The Bills are favored by 8 points on the consensus line.

BetMGM lowered the total from 47 total points to 43 on Tuesday, noting the winter storm warning from the National Weather Service.

The Bills average 27.8 points per game this season and have topped 27 in all four home games.

Cleveland opened as 8.5-point underdogs and the consensus total was 44.5, which was bet higher Sunday and Monday.