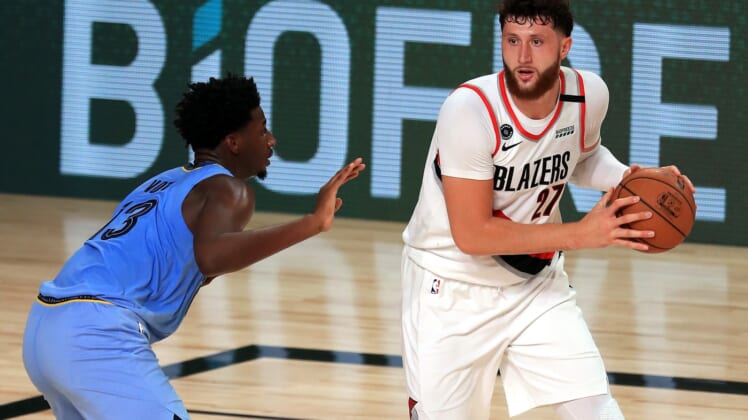 Less than two hours before his Portland Trail Blazers were set to take on the Memphis Grizzlies in an NBA Playoff play-in game, star center Jusuf Nurkic announced some sobering news.

The center took to Instagram to announce the death of his grandmother from COVID-19.

Translated, the caption reads “We are all Allah’s and to Him we return.”

The Bosnia native had told reporters earlier this summer that his grandmother was on coma due to the virus. He considered leaving the bubble in Orlando to be with her in their homeland. “Wear a damn mask,” he said when initially announcing her diagnosis.

Nurkic returned to the court at Walt Disney World for the first time since March of 2019 after suffering a compound fracture of his tibia and fibula.