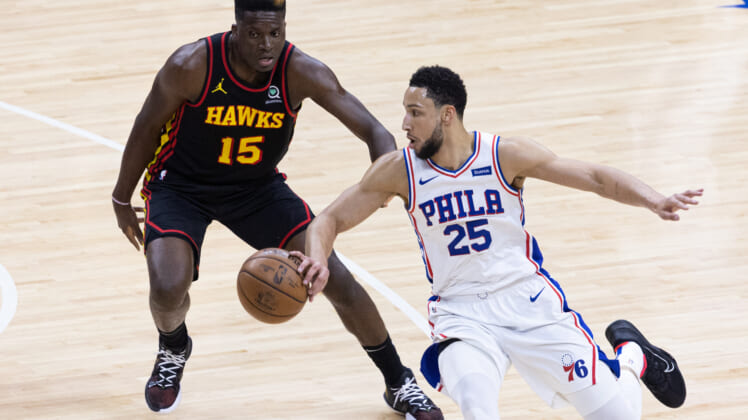 With the Ben Simmons saga in Philadephia continuing to hang over the start of the 76ers’ season, Shams Charania recently dropped some juicy information regarding the compensation Philly seeks in a trade for the star defensive standout.

The Philadelphia 76ers reportedly proposed a trade package including three first-round picks and an additional three draft pick swaps to the Portland Trail Blazers in exchange for Ben Simmons. However, the Blazers rejected the trade offer from the 76ers.

While there were also players involved in the rumored trade offer, to make salaries work per NBA rules, the offer continues the delusions of Sixers’ president of basketball operations Daryl Morey regarding Ben Simmons’ current trade value. No NBA team is going to part with three first-round picks, and three draft pick swaps for where Simmons is at right now.

Last we heard, the Simmons trade talks were nearly dead, now the Sixers are getting desperate to try and field the best team this season to help boost their potential title chances, but they can’t strong-arm any team into taking an unrealistic trade package. They shot themselves in the foot when Doc Rivers answered questions from the media honestly after the Sixers were eliminated from the playoffs.

Ever since, the organization has been working double-time to try and put the toothpaste back in the tube, and salvage their former franchise player’s value. It doesn’t work that way.

The Minnesota Timberwolves learned that, albeit in a different way with Jimmy Butler. Once it was well-known Jimmy Buckets wasn’t happy and no longer wanted to be a Wolf, his value went in the tank.

Only, the Simmons situation is worse. The team did this to themselves and now they’re panicking right before the season to try and coax a team into giving up the farm for a player who’s currently worth less than half his value from a year ago.

Teams are ready for the season, they want to see what they have already before swinging for the fences, disrupting their locker room and scheme. Of course the Sixers aren’t ready, one of their best players wants nothing to do with them, but they have no one else to blame but themselves.

Until Ben Simmons is traded, the Sixers won’t be able to compete for the playoffs. The sooner they come to grips with letting him go for something that can help the team this season, the better off they will be both in 2021-2022 and in the long run. Simmons isn’t coming back.