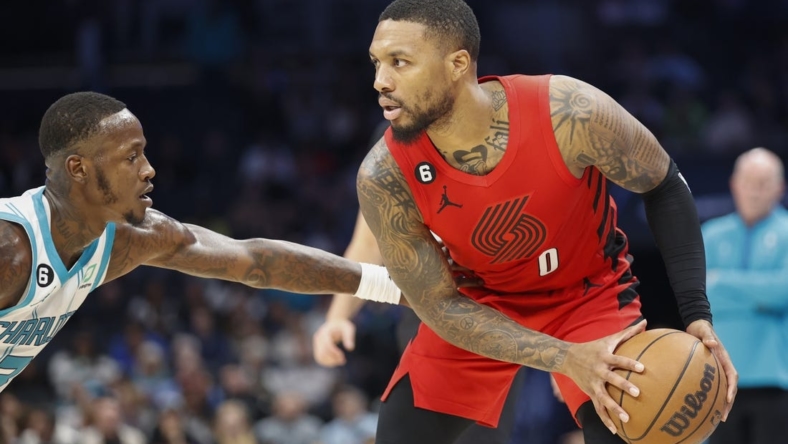 Damian Lillard poured in 26 points and the Portland Trail Blazers won another road game by defeating the Charlotte Hornets 105-95 on Wednesday night.

Lillard shot 8-for-16 from the field, making six of the team’s 11 baskets from 3-point range. He also supplied a game-high seven assists and pulled down six rebounds.

Portland is 3-1 on a six-game road trip.

All five Charlotte starters reached double figures in points, led by Terry Rozier with 18 in the team’s seventh consecutive loss.

The Trail Blazers took 16 fewer shots from the field than the Hornets, but they connected on 53.3 percent from the field. Charlotte was 37.4.

Portland pulled away midway through the fourth quarter with contributions from several players. Simons scored on three separate possessions in slightly more than two minutes.

Josh Hart’s layup created a 100-87 advantage before the Hornets made another move. Then trailing 100-93, Charlotte had two possessions with a chance to make it interesting but failed to convert.

Earlier, the Hornets built a 30-20 lead, but managed only four points in the last five minutes of the first half. That allowed Portland to go to halftime with a 58-53 lead.

Charlotte began the second half strong, climbing to a 72-60 edge. But the Trail Blazers got it going again, with Lillard scoring seven straight points as part of a 12-0 run.

Hart finished with 11 rebounds from his guard position.