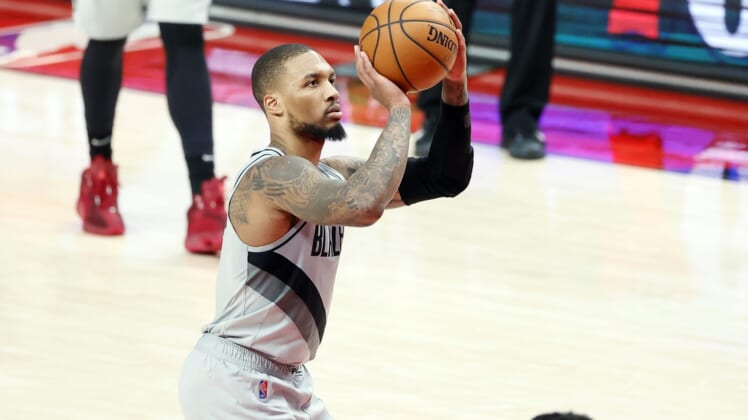 Trail Blazers star guard Damian Lillard was ruled out of Portland’s Friday night game against the San Antonio Spurs due to a right hamstring injury.

Portland coach Terry Stotts told reporters that the 30-year-old Lillard said he first felt pain in the hamstring on Thursday.

“I don’t know if there was a specific moment that he injured it,” Stotts said prior to Friday’s game. “I talked to him, he said he felt it (Thursday) in practice … and today it was still bothering him. I talked to Geoff Clark, our health and performance director, it wasn’t getting any better, so it felt like it was best to not play him tonight.”

Stotts said it was “too early to say” whether the injury might prevent Lillard from playing Sunday against the host Charlotte Hornets.

Lillard, a six-time All-Star, is in the MVP race due to a standout season in which he is averaging 28.7 points and 7.7 assists.

Derrick Jones Jr. moved into the starting lineup against the Spurs with Lillard sidelined.