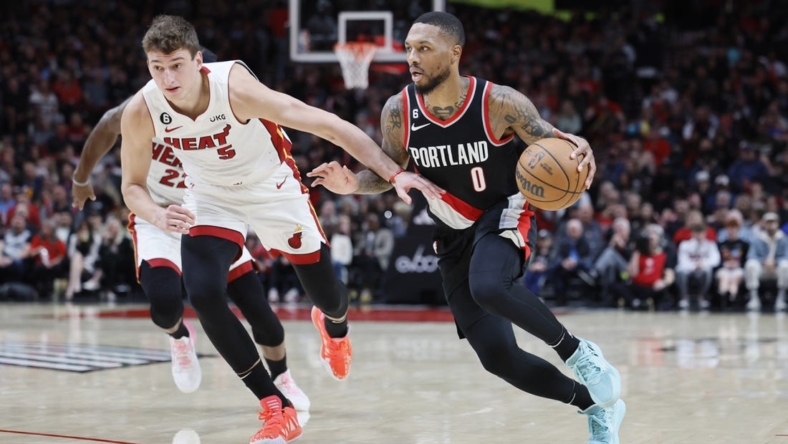 Trail Blazers star Damian Lillard suffered a right calf strain in the third quarter of Portland’s Wednesday home game against the Miami Heat and missed the final 17-plus minutes of the contest.

Lillard twice grimaced in the middle of the third quarter, once when he made contact with Miami’s Caleb Martin and again a short time later when he got mixed up with Jimmy Butler.

Portland was trailing 79-70 when it called timeout with 5:10 left in the third and Lillard limped toward the bench. He then headed to the locker room for examination, and the Trail Blazers ruled him out at the start of the fourth quarter.

Lillard, 32, scored 22 points in 26 minutes against the Heat. He had averaged 33.3 points over the previous four games.

The six-time All-Star is averaging 31 points through five games in a strong return from a 2021-22 season in which he played just 29 games due to an abdominal injury.