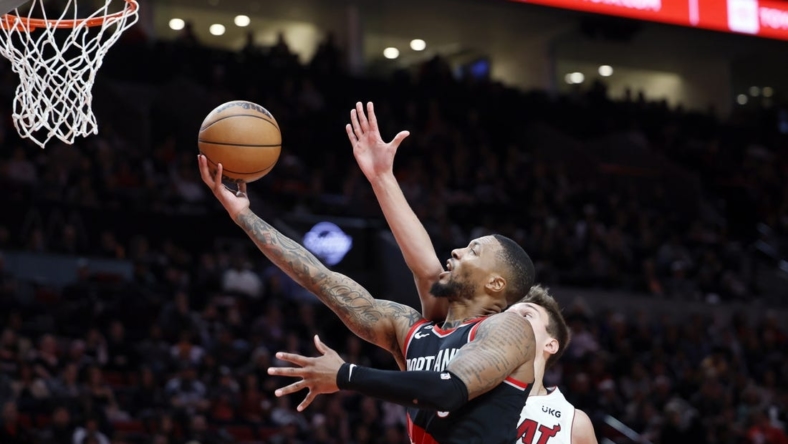 The Portland Trail Blazers said Thursday that star Damian Lillard will miss at least one to two weeks with a Grade 1 right calf strain before being reevaluated.

Lillard suffered the strain Wednesday during the third quarter of Portland’s 119-98 loss to the visiting Miami Heat. An MRI exam Thursday confirmed the strain.

Lillard made hard contact with Miami’s Caleb Martin and grimaced again a short time later when he got mixed up with Jimmy Butler. He left the contest with 5:10 left in the third quarter and didn’t return.

Lillard, 32, scored 22 points in 26 minutes against the Heat. Through five games this season, the All-NBA guard averaged 31.0 points, 4.8 rebounds and 4.6 assists per game while shooting 39.2 percent from 3-point range.

The six-time All-Star played just 29 games last season due to an abdominal injury.