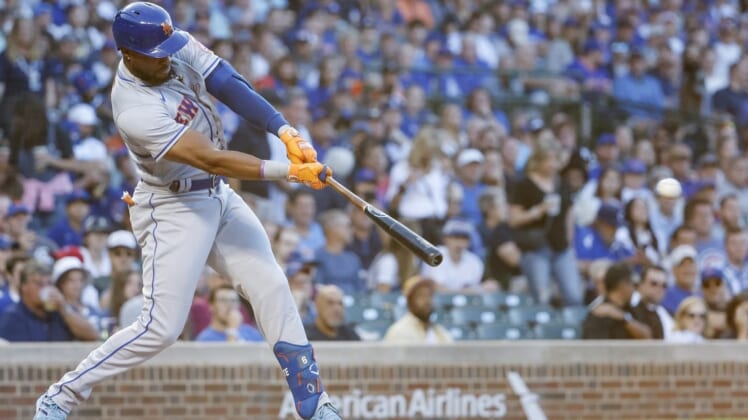 Pete Alonso clubbed a late two-run homer while Starling Marte and Eduardo Escobar each had two hits with an RBI for the Mets, who snapped a four-game skid at Chicago while winning for the seventh time in 10 road contests.

Carrasco (10-4), meanwhile, yielded five hits and two walks while striking out six to post double-digit victories for the fifth time — the first since 2018.

Nico Hoerner and Seiya Suzuki each had two hits for the scuffling Cubs, who totaled eight singles on the night. Chicago has been outscored 43-20 during its second-longest losing streak of the season.

The Mets got to Chicago starter Keegan Thompson (7-4) out of the gate. Marte, back after missing four straight games with a groin issue, singled and scored on Francisco Lindor’s double into the right-center-field gap.

New York continued to get the best of Thompson in the second inning. Light-hitting catcher Patrick Mazeika roped a double into the right-field corner to score two, and he scored on Marte’s single for a 4-0 lead.

After Thompson settled down a bit, New York was back at it in the fifth by loading the bases.

Escobar delivered a run-scoring single that chased Thompson with one out. All five runs Thompson allowed were earned, to go along with the eight hits that matched a season high and the four walks that were the most he has surrendered in 2022.

Nimmo, with five hits in two games, stroked his ninth homer in the sixth inning. Alonso then belted his 24th — his sixth in eight career games at Wrigley Field — in the eighth for New York, which is 48-5 when scoring four or more runs in 2022.

Chicago manager David Ross was ejected in the fourth while emphatically drawing attention to a potential balk move by Carrasco.